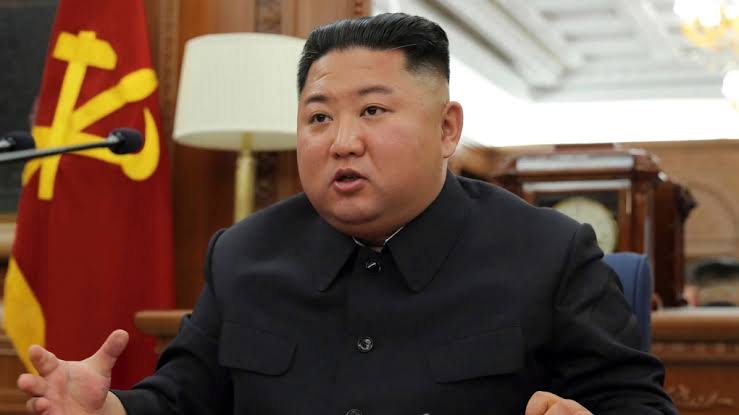 North Korean leader Kim Jong-un has said he is ending the suspension of nuclear and long-range missile tests put in place during talks with the US.

But he left a door open for dialogue, and said the scope of testing would depend on the US’s “attitude”.

The momentum of the past few years has stalled, as Washington refuses to lift sanctions until Pyongyang fully abandons its nuclear programme.

The North conducted several smaller weapons tests late in 2019, in what was seen as an attempt to pressure the US into making concessions.

But the self-declared moratorium on nuclear tests and tests of intercontinental ballistic missiles (ICBMs) that could reach the US mainland had been one of the foundations of the negotiations with Washington.

Pyongyang has not carried out such tests since 2017. Any further testing is likely to infuriate President Donald Trump, as the US heads into an election year.

What did Mr Kim say?

Speaking at a rare meeting of the Workers’ Party on 1 January, Kim Jong-un said North Korea was no longer bound by the self-declared moratorium, as the US continued joint military drills with South Korea and had stepped up their sanctions.

He also threatened that “the world will witness a new strategic weapon” by the North “in the near future”, while giving no further details.

Mr Kim’s comments came at a multi-day gathering of party leaders in Pyongyang, which is unusual for this time of the year. Normally Mr Kim would give a New Year’s Day speech, but he appears not to be doing so this year.

In response to the North Korean leader’s latest threats, Mr Trump told reporters that he and Mr Kim “did sign a contract, talking about denuclearisation”.

“I think he’s a man of his word,” he said, as he headed into New Year events in Florida.

US Foreign Secretary Mike Pompeo said he hoped the North would choose peace over war.

“If Chairman Kim has reneged on the commitments he made to President Trump, that is deeply disappointing,” Mr Pompeo told US broadcaster CBS.

“He made those commitments to President Trump in exchange for President Trump agreeing not to conduct large-scale military exercises. We’ve lived up to our commitments. We continue to hold out hope that he will live up to his as well.”

Pyongyang had set Washington an end-of-year deadline to offer sanctions relief, threatening that the US could expect a “Christmas gift” if it did not comply.

So far though, Washington has refused to lift biting sanctions, insisting that North Korea must first fully abandons its nuclear programme.