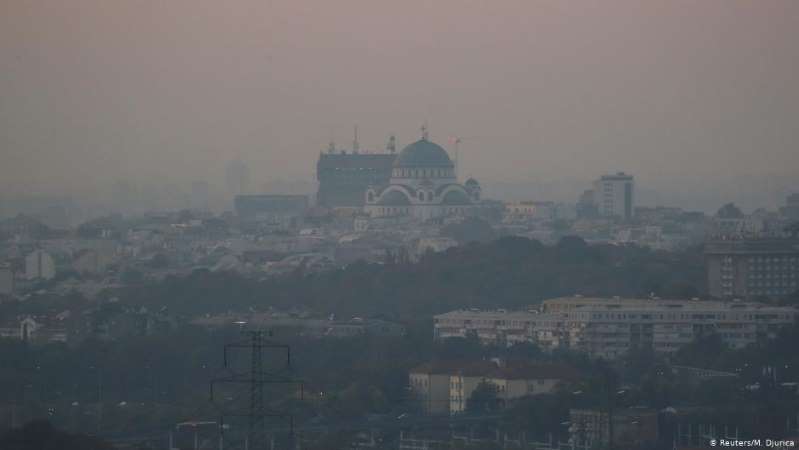 With the onset of winter, many Balkan cities, such as Belgrade, Sarajevo and Zagreb, become enveloped in a thick cloud of smog. But instead of tackling the problem, politicians are playing it down.

In recent days, the Serbian capital, Belgrade, and Bosnia-Herzegovina’s capital, Sarajevo, were ranked by website AirVisual as among the cities with the world’s worst air pollution. This should not come as a surprise. Authorities in Bosnia-Herzegovina, Croatia and Serbia say that once winter sets in, air quality in other western Balkan cities drops as well.

But their admission is meant as reassurance; they say that there is no reason to panic and that this pollution not exceptional, but just “typical pollution for this time of year.”

And authorities in all three countries are not doing much to change this state of affairs — quite on the contrary. Activist Radomir Lazovic says that sometimes, authorities will knowingly take actions that lead to a further deterioration of the air quality. He says that, for example, “a waste incineration plant is being built in Vinca, near Belgrade, even though the European Investment Bank refused to fund the project because it fails to meet the standards Serbia has accepted as a prospective EU member state.”

While many Balkan cities mainly suffer from bad air quality in winter, the Bosnian cities of Zenica, Tuzla and Lukavac have a smog problem all year round, says Samir Lemes from the Eco Forum Zenica activist group. “Owners of industrial production sites have barely invested, or not at all, in technologies that reduce emissions,” he says, adding that because of the wars in the 1990s, investments were put on hold.

Sarajevo also regularly ranks among Europe’s most polluted cities. That’s because it’s located in a valley that hinders air circulation. To make matters worse, many residents still use coal to heat their homes, although the municipality installed gas connections throughout the city in the 1970s All the same, says Lemes, the gas grid helped significantly to reduce the SO2 and soot concentration in the Sarajevo air.