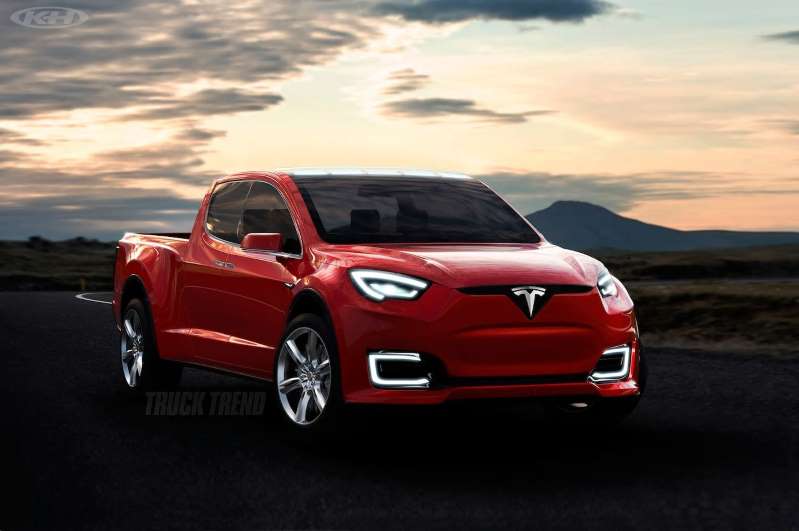 After three years of waiting, the new Tesla pickup truck will debut in the Los Angeles area near the SpaceX rocket factory. Musk hasn’t announced official specs, but we learned earlier this year that the Tesla pickup will be priced under $50,000, undercutting the Rivian R1T electric truck that’s due in the near future. Musk had the ambitious goal for Tesla’s new entry to offer more truck-like functionality than a Ford F-150 and “be a better sports car than a standard 911.” He also said the truck would look “pretty sci-fi.” “If somebody just wants a truck that looks like trucks have looked for the last 20 years, 30 years, or 40 years, this probably isn’t for them.”

Musk has described the Tesla truck as being “cyberpunk” in the past, and at Space Pitch Day in San Francisco this month he worked that sci-fi genre into its nickname. “We call it ‘Cybertruck.’ I mean it looks like an armored personnel carrier from the future,” Musk said, reports Observer.com. “I like it. It’s gonna look like it came off a movie set when it goes on the road.”

Speaking of sci-fi, Musk drew parallels between the Tesla truck reveal and Blade Runner, the 1982 cyberpunk classic film that takes place in November 2019.

It remains unclear when the Tesla Cybertruck will go on sale (or if Cybertruck will be the actual name). But in a 2017 tweet, Musk revealed Tesla will make its pickup truck right after the Model Y. It was recently revealed that the Model Y’s launch has been pushed up from fall 2020 to summer 2020, so a Tesla truck release may not be as far off as you think. Of course, Tesla is known for delayed launches, so we should take these timelines with a grain of salt.