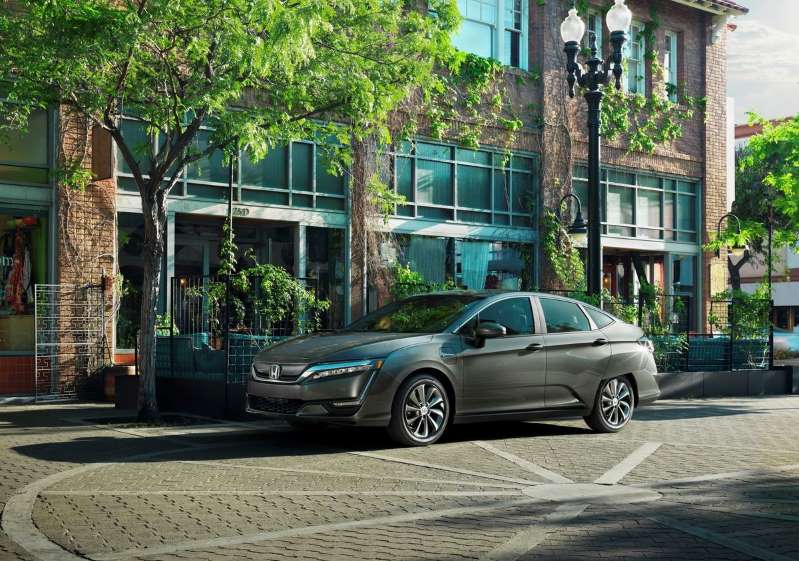 It’s almost 2020, but Volkswagen is ready to turn the page of the calendar a bit further than just to the new year. The German automaker announced this week that it will make more electric vehicles in the early part of the next decade than it had previously planned. Instead of building a million EVs in 2025, VW is now planning to make that many in 2023, with 1.5 million now on the schedule for 2025. Those are big targets, since VW delivered 70,000 electrified vehicles around the world this year, up from 50,000 last year.

Planning a half-decade into the future is vital in the auto industry, where big changes can take years to implement. When different companies hint at different future trends they’re going to be banking on, it allows us to play armchair product planners, just without the billions in costs or consequences.

Which brings us to Honda. Never the biggest battery-electric mobility proponent—the company has offered or offers the Fit EV, the electric version of the Clarity (pictured above), and the China-only VE-1 CUV, but only in limited numbers—Honda is taking a less plugged-in approach to the near future than VW.

“The objective is not electrification, per se, but improving fuel efficiency,” he said. “And we believe hybrid vehicles are the way to abide by different environmental regulations.” When AN asked Hachigo about all-electric vehicles, he said he wasn’t sure there are any buyers who actually want an EV, given the infrastructure and hardware challenges. He said he doesn’t expect this to change in the near future.

“I do not believe there will be a dramatic increase in demand for battery vehicles, and I believe this situation is true globally,” he said. “There are different regulations in different countries, and we have to abide by them. So it’s a must to continue R&D. But I don’t believe it will become mainstream any time soon.”

VW isn’t buying this line and has already revealed a bewildering amount of all-electric concept vehicles wearing the ID nameplate as it plans for a broad lineup of EVs. The production models in VW’s EV offensive will start next year when the ID.3 hatchback goes on sale in Europe. The first ID EV we will get in the U.S. will be a larger electric crossover based on the ID. Crozz concept (pictured above).

VW has already delivered more than 250,000 electric vehicles including pure EVs and plug-in hybrids, passing that milestone a few weeks ago in mid-December. VW’s electric lineup thus far has included the e-Golf, the Golf GTE and Passat GTE plug-in hybrids, the e-Up city car, and the Bora and Lavida EVs that were sold in China. More than 100,000 of the EVs VW has sold are e-Golfs, the kind of all-electric car Hachigo doesn’t believe anyone wants.