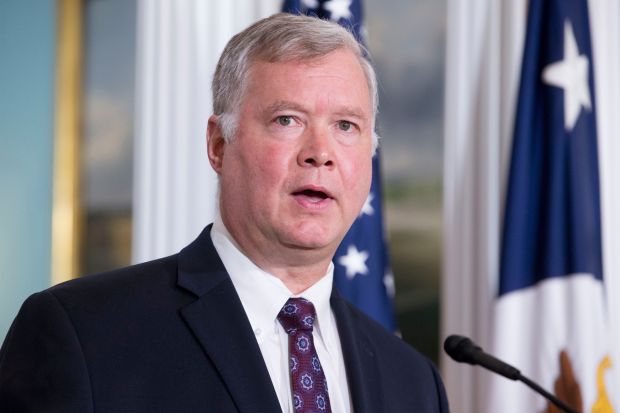 A U.S. envoy on North Korea is to visit South Korea, officials said on Wednesday, as Washington and Pyongyang struggle to find a breakthrough in their stalled talks aimed at ending the North’s nuclear program.

Stephen Biegun, the U.S. special representative for North Korea, is scheduled to arrive in the South Korean capital, Seoul, on Wednesday afternoon for a four-day stay, a diplomatic source told Reuters.

North Korean leader Kim Jong Un vowed to work toward denuclearization at his landmark summit with U.S. President Donald Trump in Singapore in June but the two sides have since made little progress.

They have yet to reschedule talks between U.S. Secretary of State Mike Pompeo and senior North Korean official Kim Yong Chol after abruptly cancelling a meeting in November.

North Korean state media has credited Trump for his “willingness” to continue dialogue but has also slammed Washington for stepping up sanctions, accusing the State Department of being “bent on bringing the DPRK-U.S. relations back to the status of last year which was marked by exchanges of fire”.

The report referred to the North’s official name, the Democratic People’s Republic of Korea (DPRK).

The State Department said communication between both sides was “ongoing” but sanctions relief would come after they achieved the goal of a “final, fully verified denuclearization”.

The stalled negotiations also had an impact on inter-Korean ties, with the North remaining aloof toward the South’s plan to host Kim Jong Un in Seoul this month as agreed at his summit with President Moon Jae-in in Pyongyang in September.

Biegun is expected to explore ways to maintain the momentum for nuclear talks during his stay, officials in Seoul said.

He was scheduled to hold talks on Thursday with his South Korean counterpart, Lee Do-hoon, ahead of their session on Friday of a working group launched last month to boost coordination on North Korean policy.

Biegun will also meet Unification Minister Cho Myoung-gyon on Friday amid U.S. concerns that Seoul may be moving too quickly with Pyongyang relative to the lackluster progress on denuclearization.

The two Koreas plan to hold a ground-breaking ceremony next Wednesday for their project to reconnect rail and road links, which would need U.S. sanctions exemptions.