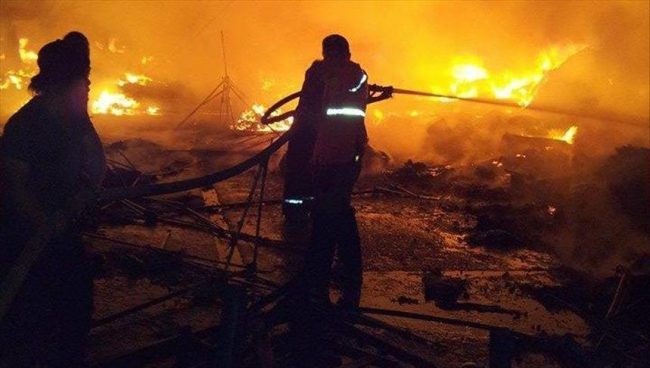 In Santiago, Chile a fire swept through a nursing home in southern Chile on Tuesday, killing 10 elderly women, officials said.

Investigators were trying to determine the cause of the fire that broke out at around 3 a.m. in the women’s dormitory at the Santa Marta nursing home in Chiguayante, about 320 miles south of the Chilean capital.

Only three elderly women were rescued from the burning room. One was hospitalized.

Aerial photos carried by the 24 Horas television station website show the women’s wing burned to the ground, with a few metal bed frames amid the charred ruins.

Bio Bio region Gov. Jorge Ulloa said staff at the home had checked the room 10 or 12 minutes before the fire “and didn’t find anything.” He said the doors to the dormitory were open, in line with regulations.

Prosecutor Michelangelo Bianchi, in charge of the investigation, told local news media that witnesses reported hearing an explosion similar to the sound of a short circuit.

Officials released the names of the women, but other details weren’t immediately available.