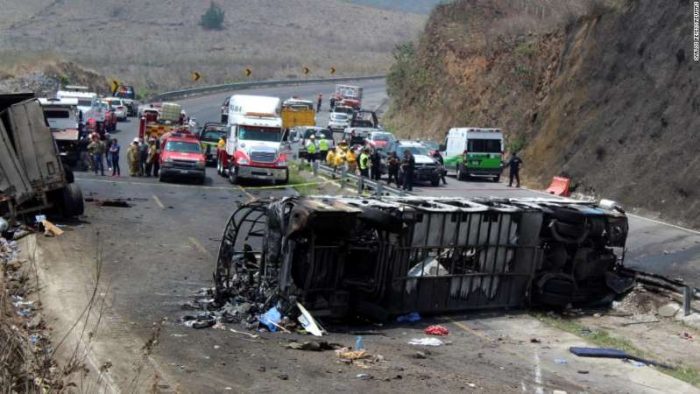 At least 23 people were killed when a bus carrying Catholic pilgrims hit a cargo truck and erupted in flames in southeast Mexico, authorities said.

The collision took place in the state of Veracruz near the municipality of Maltrata, the state government said. The pilgrims were returning home to the Archdiocese of Tuxtla in Chiapas after visiting Mexico City’s Basilica of Our Lady of Guadalupe, according to Mexican federal police.

Thirty people involved in the crash have been transported to a local hospital, said the Civil Protection Department of Veracruz.

“In a coordinated manner, the Task Forces of the Veracruz Government will work in the care of the accident that occurred,” the Veracruz state government said on Twitter.

“We continue to provide support to the people who were involved in the tragedy.”