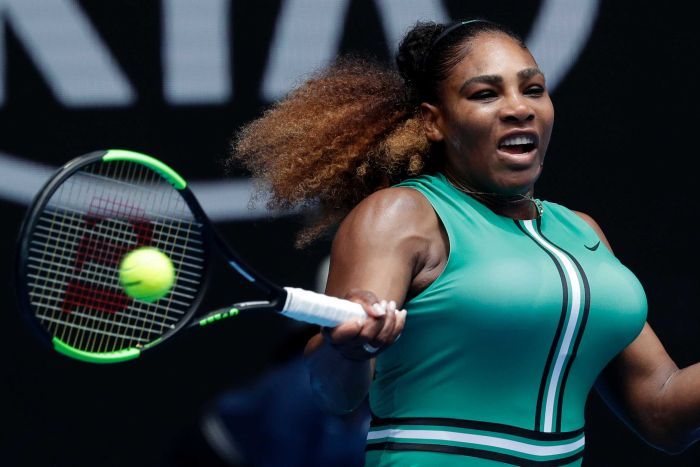 Serena Williams’ quest for a 24th Grand Slam title ended with her earliest loss at a major tournament in five years.

Williams was outplayed in the third round of the French Open by 20-year-old American Sofia Kenin, who used clean, deep groundstrokes to put together the 6-2, 7-5 upset Saturday.

“In that first set, in particular, she hit pretty much inches from the line, and I haven’t played anyone like that in a long time,” Williams said. “I just saw a player that was playing unbelievable.”

Since those early-for-her defeats, Williams had won six of the 14 majors she entered to surpass Steffi Graf’s professional-era record of 22 Grand Slam singles championships. With 23, Williams stands one away from Margaret Court’s mark for the most in tennis history; Court played in both the professional and amateur eras.

“I’m glad I came, at the end of the day,” she said, “but it’s been a really grueling season for me.”

She struggled through her opening match at the French Open, which she has won three times, and again against the 35th-ranked Kenin, who never before had made it to the round of 16 at a major.

But Kenin played quite well, never showing a trace of nerves. It was Williams whose strokes were off target: Her 34 unforced errors were twice as many as Kenin’s total.

Remarkably, Kenin broke Williams four times, while only ceding one of her own service games.

At 5-all, though, Kenin got the last break she’d need with a forehand return winner off a 102 mph (164 kph) serve. She ran to her sideline seat and pressed a towel against her face.

There was one last key moment: While serving for the victory, Kenin faced a break point, but Williams’ miscue let it go by. One last error by Williams — a backhand that sailed long — ended things.

Like Williams, who dropped eight of the match’s first 10 games, Osaka couldn’t muster a comeback after falling way behind.

“I just feel like there has been a weight on me, kind of,” said Osaka, who was seeded No. 1 at a major tournament for the first time.

The first tennis player from Japan to be ranked No. 1 spoke about eyeing a third consecutive major title — and moving halfway to a true Grand Slam.

“It’s weird, but I think me losing is probably the best thing that could have happened,” the 21-year-old Osaka said. “I think I was overthinking this calendar Slam. For me, this is something that I have wanted to do forever.”