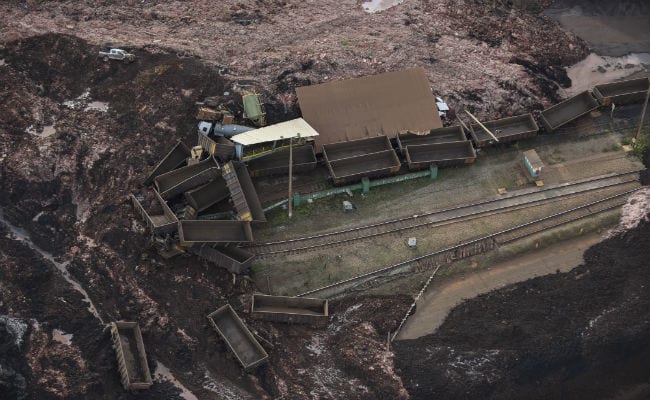 Nine dead were already recovered in the disaster at the iron ore mine. The chances of survival of the 300 missing persons are very low after the mudslide, fears the governor of the state of Minas Gerais, Romeu Zema.

After the devastating mudslide in Eastern Brazil with at least nine deaths, the chances of survival of the approximately 300 missing persons drops to very low. Rescuers continued their salvage operation on Saturday. However, the chances of finding survivors the day after the accident are very low, said the governor of the state of Minas Gerais, Romeu Zema.

The broken dam was recently examined by TÜV Süd. The accident happened on Friday at an iron ore mine near the town of Brumadinho in Minas Gerais. As the dam of a retention basin collapsed, a huge mudslide spilled over the mine and surrounding homes.

Rescue teams continued to search for missing persons on Saturday. A fire department spokesman told Globonews that he has not given up hope for survivors. Governor Zema expressed less confidence. Police, firefighters and soldiers would have done anything to save potential survivors, he said. “But we know that from now on, the odds are tiny and we’ll probably only find corpses.”

Most of the victims are miners, said the boss of the mining company Vale, Fabio Schvartsman. He spoke of a “human tragedy”. The number of victims will be high. Among other things, the mudslide buried the canteen of the mine when it was lunchtime.

In Brumadinho, numerous members of mine workers were waiting for news from their loved ones. “They do not want to tell us anything!” scolded Olivia Rios, one of them. “These are our sons, our husbands, and nobody tells us anything, my five-year-old nephew asked me if his daddy is dead, so what should I tell him?”

The dam was recently examined by experts from TÜV Süd. The inspection last September said that “according to our current knowledge, no deficiencies were found,” said a spokesman for the company on request. “We will fully support the investigation and provide the investigative authorities with all necessary documentation,” he added.

According to Vale boss Schvartsman, no defects were discovered in another inspection on 10 January. The dam, built in 1976, was to be dismantled, and according to the company, no new waste products from iron ore production had been discharged into the retention basin for three years.

Brazil’s President Jair Bolsonaro wanted to fly over the area with Defense Minister Fernando Azevedo e Silva on Saturday. He pledged his support to the bereaved. According to the news portal, the Minas Gerais judiciary ordered Vale to freeze bank deposits of $270 million to finance potential compensation payments.

About three years ago, a similar disaster had already occurred at another mine operated by Vale. At that time 19 people were killed, a mudslide covered more than 650 kilometers and caused the biggest environmental catastrophe in Brazilian history. After the news of the recent disaster, the prices of Vale shares on the New York Stock Exchange fell by eight percent.