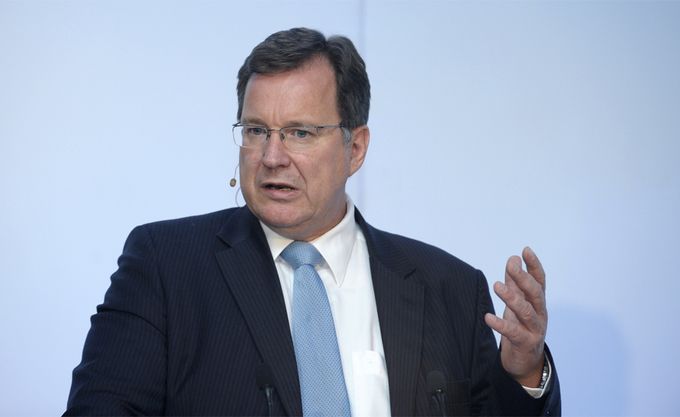 Toyota Motor Europe chief Johan van Zyl has said a Brexit without a deal would impact the firm’s investment decisions.

The UK is on course to leave the European Union in March next year, but the two sides have yet to strike a deal.

Mr van Zyl said if the firm is unable to sell into the EU market duty free, it will impact its UK operations.

Many carmakers in Britain have warned a bad or no Brexit deal would be damaging for the UK car industry.

“If we have anything that has an impact on your competitiveness of manufacturing in the UK, it will definitely have an impact on future investment decisions,” Mr van Zyl said in response to a question about a “no-deal” Brexit scenario.

The Burnaston plant produces the Auris and the Avensis. Toyota is investing £250m there to enable the production of the new Corolla from the end of this year.

Asked about the Burnaston plant’s future, Mr van Zyl said Toyota had made the investment because they “trust our people” but that a “very bad” deal would impact investment decisions.

“The UK market in itself is not big enough to justify a plant that size,” he said. “If we cannot sell into the European market, it will have an impact on the future of our plant.”

Britain voted to leave the European Union in 2016, a surprise decision which has created uncertainty and unsettled the car industry.

The automobile industry’s problems has more recently been compounded by a US-led trade war.

Investment in Britain’s car industry has fallen by half, according to figures from the motoring sector.

A host of carmakers in Britain, including Nissan and Jaguar, have warned a bad or no Brexit deal would be damaging for the UK car industry.

The senior vice president of Honda Europe has warned that a no-deal Brexit would cost his company tens of millions of pounds.

BMW plans to shut the Mini factory in Oxford for a month after Brexit to minimise disruption in case of a no-deal outcome.

“BMW is about flexibility, that’s why we planned the shut down,” he said.

“We have more flexibility left definitely and we also have more than one location for the Mini brand. It’s not just Oxford, it’s also in the Netherlands, so we could move a little bit production around as well.”