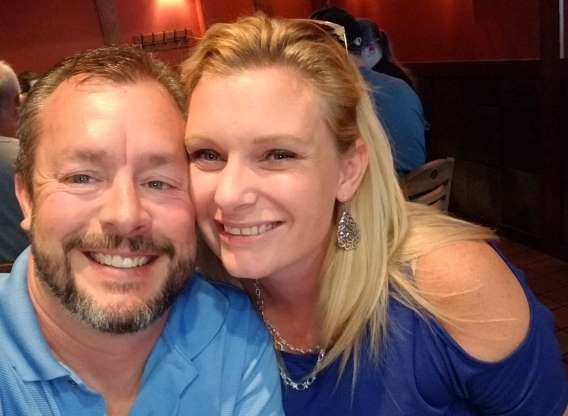 A Missouri woman who was killed days after Christmas, along with her children and mother, appeared to have a “wonderful” relationship with the boyfriend now charged in their deaths, said her grieving father.

With his voice breaking, Kasten’s father, Rick Moeckel, told NBC News that he was in disbelief that the boyfriend, Richard Darren Emery, who went by Darren, could possibly have committed such a horrific crime.

“She had been dating him for a year, a year and a half. I thought I knew him well,” Moeckel said. [But] the booking picture shows a Darren Emery that I did not know. I looked at that picture and it just looks like there’s no soul there. That’s not him. You just can’t fathom or understand what the heck went wrong in his brain that caused this.”

On Monday, Emery was due to be arraigned on 15 counts, including first-degree murder, assault and attempted robbery.

Kasten had met Emery, not long after her husband Kory died following a long struggle with cancer. He seemed to make her happy, Moeckel said.

The two lived together along with Kasten’s kids. Kasten’s mother, Moeckel’s ex-wife Jane, was also living in the house at the time of the killings: Four days prior, she had had hip surgery, and had planned to live there while she recovered.

Moeckel, who lives 15 minutes away, would see his grandkids “all the time,” and frequently spent time with Emery at their house. Emery was friendly, but at times insecure, he said, recalling a visit a couple days before Christmas when he and other family members came over for dinner.

Moeckel said he had no idea what could have led Emery to allegedly commit the quadruple homicide. An investigation is ongoing; authorities have also said they have not found a motive.

Police say Emery, 46, was fleeing the house in his pickup truck when they arrived. After exchanging gunfire with them, he escaped, at one point stabbing a woman who he had tried to carjack multiple times, they said. The woman is in critical condition but expected to survive.

About seven hours later, authorities found Emery hiding out in a gas station bathroom, bleeding from gunshot wounds that he likely sustained during the police shootout.

Emery does not appear to have any criminal history. Missouri records indicate he has been divorced twice.

The kids appeared to adjust well to having Emery in their lives following their father’s death: “I’m sure it was difficult, but he seemed to do everything he could to make life good for them,” Moeckel said.

Since the killings, Moeckel said he has been getting through his grief “moment by moment.”