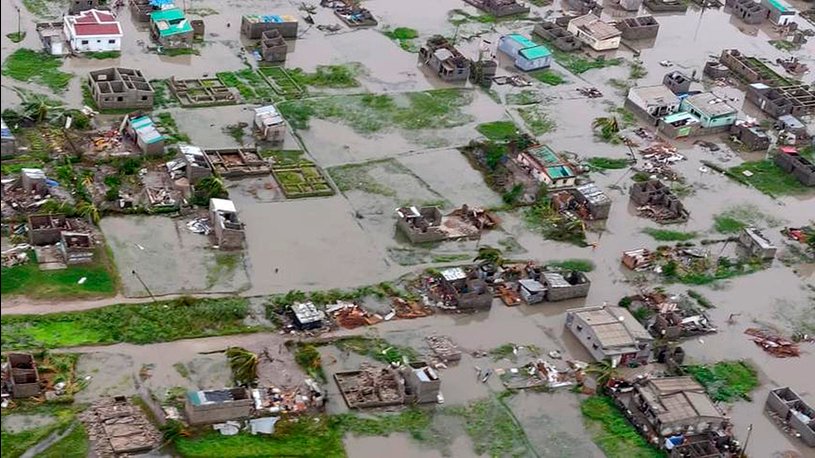 “It is now the most important thing to save people,” says CARE Country Director Marc Nosbach.

The passage of the cyclone “Idai” over Mozambique “is a natural catastrophe that we have not experienced on the scale yet”. That said Marc Nosbach, CARE country director in the crisis region, on Tuesday evening in an interview. “Idai” was first pulled as a normal storm over Mozambique to Malawi and then back to the Indian Ocean, where he grew to the hurricane. Then “Idai” came back.

It could happen that one or two of the causes that led to the cyclone coincide. “But not all three,” said Nosbach. The problem may also be that the cyclone was indeed a few days ago pulled through and wreaked havoc, but that the weather situation in the coming days remains extremely precarious.

According to Nosbach, the regional government and aid organizations had already prepared for a major event. “We had a team positioned in the backcountry of Beira (one of the largest cities in Mozambique and a very important port, note), but it took a whole day for the team to come to Beira and get a picture on the spot “Nosbach described. “The whole infrastructure is gone, until today there is no mobile communication, the whole city is cut off by a flood.” After all, the airport was put back into service on Sunday.

“The most important thing now is to save people,” said the CARE Country Director. First of all, it’s about bringing people who have fled to their rooftops to safety. People who have fled to higher regions must be cared for. “We had already sent twelve trucks to the crisis region,” said Nosbach. In the higher areas, especially tents and toiletries are urgently needed. There are also foods and – very important – chemical water treatment. It is not yet possible to commission large drinking water treatment plants because there is neither electricity nor fuel for generators.

“Then the region must start again with the slow construction and many schools and clinics are covered”, Nosbach outlined the further procedure. “Very important is the reconstruction of the airport.” He has already discovered the first activities in the harbor. Then come communication network and power. Mobile communication is very important because many families are still looking for relatives. And that is hardly realistic without corresponding communication options.