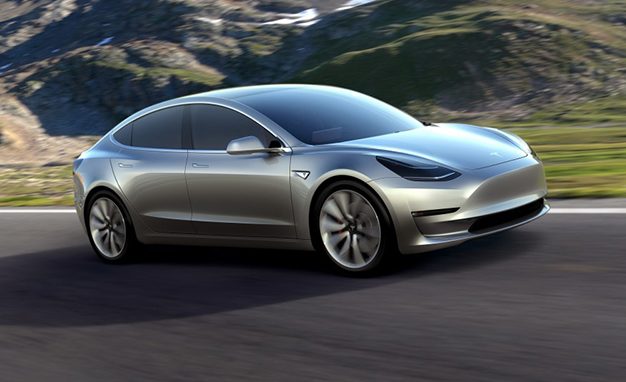 When it comes to cars, most people don’t think about how much the individual parts add up to an overall price tag.

Tesla has been dealing with what it calls production bottlenecks at its massive battery factory, called the Gigafactory, in Nevada. The company went into some detail on the issues during its third-quarter earnings conference call with analysts, when CEO Elon Musk was actually at the Gigafactory near Reno trying to sort out the slowdown.

Battery production for the mass-market Model 3 will be far more automated than it has been for Tesla’s previous vehicles, the Model S and Model X. Production, in general, will be more automated and that’s created a learning curve that hasn’t been smooth for Tesla because it’s harder to fall back on hand-assembly of components.

Musk addressed this at length this last year.

“It is harder to supplement with manual than S or X because the system is designed as a very tightly integrated automated system,” he said.

“So it’s very unwieldy to try to supplement or make up for a machine not working with manual activity. So, we think like … if you had a spreadsheet and a couple of cells in the spreadsheet were manually calculated, well, yeah, you could still do your spreadsheet stuff, but it’s going to be a lot slower, until the last cell is automated and then it’s going to be super fast.”

The battery in a Tesla is a very costly component and complicated to put together. For what it’s worth, Tesla has shown tremendous competence with battery assembly for Model S and Model X, taking an idiosyncratic design — thousands of lithium-ion cells wired together — and getting both long-range and stunning performance. A P100D pack is good for almost 300 miles on a charge, and with Ludicrous Mode engaged, it can pipe enough juice to a vehicle’s dual motors to outrun every other production car in the world.

The system for building S and X batteries won’t work for Model 3 because it would be too slow. Hence the significant automation at the Gigafactory, to supply enough battery packs, and the automation at the factory in Fremont, CA, to roll more than twice as many cars as Tesla produced in 2017.

Gas-car parts are much cheaper

Meanwhile, gas-car components are relatively cheaper, even though there are more of them. A gas tank is a few hundred bucks, and Ford will sell you a powerful “crate motor,” a V8 that goes into one of its Mustangs, for less than $8,000. (Smaller gas motors cost much less.)

Gas tanks and gas engines have been around for over a century, while highly automated battery pack assembly for EVs is just getting started. So Tesla’s production bottlenecks shouldn’t be all that surprising, and as Musk noted last year, the Model 3 system was designed to run for a decade. But for now, this imbalance between gas cars and electric vehicles has become particularly glaring.