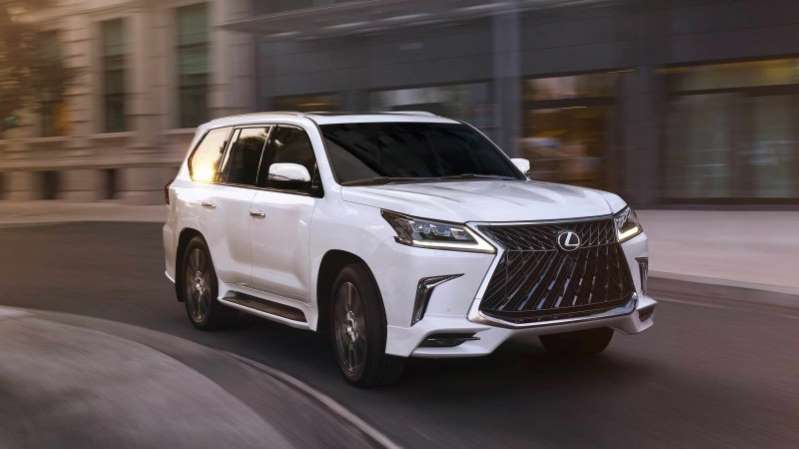 An American trademark filing suggests Lexus is about to expand its lineup of SUVs with a range-topping model named LX 600. The new nameplate asks many more questions than it answers.

Discovered by AutoGuide, the filing seemingly corresponds to a stronger evolution of the Toyota Land Cruiser-based LX 570 that currently occupies the top spot in the Lexus SUV hierarchy. LX is, of course, the model, while 570 denotes the presence of a 5.7-liter V8 under the hood. By that logic, an LX 600 should have a 6.0-liter engine, and very likely a V8; we can’t imagine Lexus selling an LX with 10 or 12 cylinders, for better or worse, and a 6.0-liter V6 would be a mammoth of an engine.

One of the question marks hovering around the filing is whether 600 actually corresponds to the engine’s displacement. There isn’t a 5.0-liter V8 between the LS 500’s fenders; it’s powered by a twin-turbocharged, 3.5-liter V6. Carmakers are moving away from large-displacement engines to comply with looming emissions norms, and Toyota is on the front lines, so the theory of a 6.0-liter V8 in a Lexus flagship — even one that’s relatively old-school — struggles to hold water.

An earlier report claims the next-generation Toyota Land Cruiser will ditch its V8 in favor of the aforementioned V6, and it might be available with the LS 500h’s gasoline-electric hybrid powertrain. The LX has always been nearly identical to the Land Cruiser in the engine bay, so it will likely surf the downsizing wave, too. Our intuition tells us 600 is too high for the base model, and the flagship hybrid would logically be dubbed 600h. Here again, we’ve reached a body-on-frame cul-de-sac.

We can’t forget about the possibility that Lexus will not slap the LX 600 nameplate on anything. Automakers routinely trademark names to protect them without planning on using them. The company hasn’t commented on the trademark filings, and it hasn’t shed light on the next-generation LX, so the speculation will continue until official information emerges. It’s tentatively scheduled to make its debut in 2021, and arrive in showrooms in 2022, about a year after the new Land Cruiser.