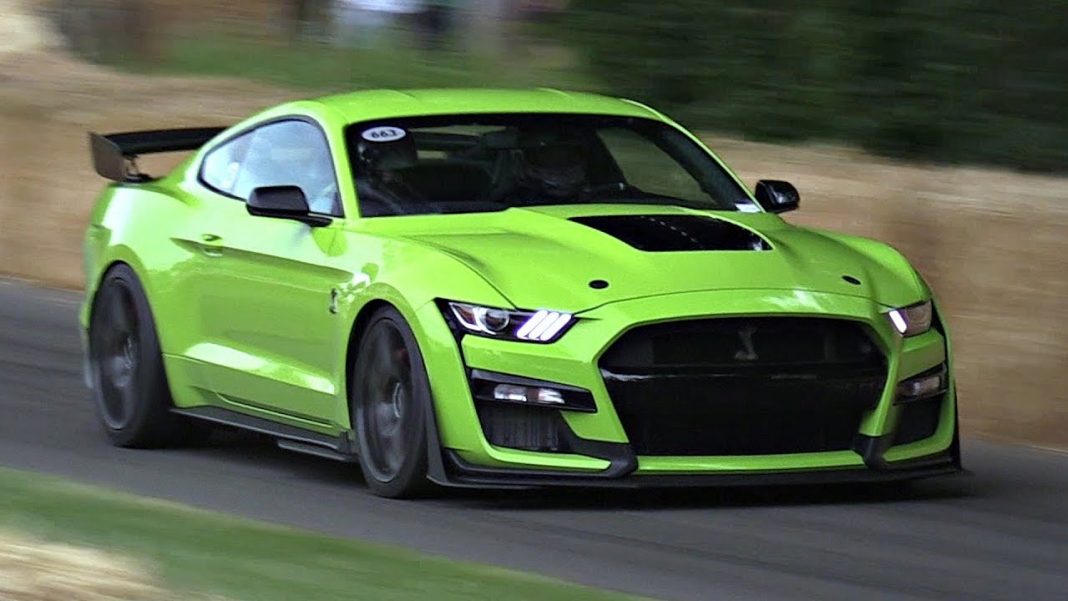 At the 2019 Woodward Dream Cruise, Ford hosted several displays along Detroit’s main street. Among them was a media display that showcased everything from the Ford GT supercar to the latest Mustang Cobra Jet. Off to the side for most of its time on the property, there was a roughed-up 2020 Shelby GT500 with over 8,000 miles on the odometer.

“We love the car,” Keith West, Vehicle Engineer at Ford Performance, said. “That car has a special place in our hearts.”

The white car wasn’t the only development car, and in total, the group of test cars accumulated 6,700 track laps and 207 hours of duty while going through 288 sets of tires as of August 17, 2019. And more were in the offing just days after we saw the car.

“We’ve done all that, and we’re taking it back to the track next month. We have trips planned that cars coming. We still use it. It has a license plate on it,” Keith enthused. “We could drive it. I mean it’s not like we did all that and it’s being preserved. We did all that and that’s still our car that we use for that stuff.”

While the cooling was key, tuning the electronics associated with the new Tremec dual-clutch seven-speed transmission was a constant part of the on-track development process from beginning to end.

Ultimately, engineers and test drivers delivered a next-gen Shelby GT500 ready to deliver impressive and constant performance on the race track, which should translate to one heck of a street-legal performance machine. When you finally up your foot to the floor and let the Predator hunt, know that the 2020 Shelby GT500 wouldn’t be all it could be without the sacrifices made by “Jeff’s Car.”