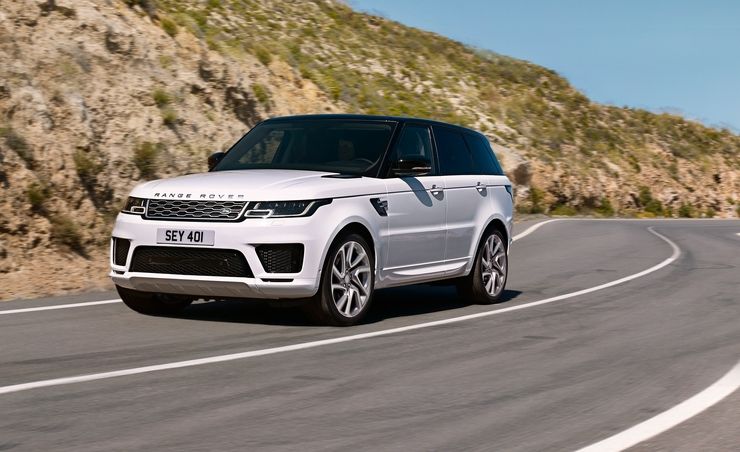 You don’t need to drive the all-new 2018 Range Rover Velar to appreciate it. The rolling sculpture, which is the most recent addition to the continuously growing Range Rover family, is arguably one of the prettiest – meant in a very complimentary way – in Land Rover’s growing lineup. But don’t allow its stylish good looks, and exquisite lines, to lead you to believe that it isn’t capable as this new crossover takes to off-road excursions with an eager aplomb.

Positioned between the smaller Range Rover Evoque and the larger Range Rover Sport, the mid-size Velar is a traditional crossover in the most basic definition. But that is where most similarities end, as this five-passenger vehicle is constructed of lightweight aluminum alloy to reduce weight, improve driving dynamics, and nearly eliminate corrosion concerns – its competitors are still relying on age-old steel.

Another differentiator is the Velar’s styling. Penned by Gerry McGovern, the well-proportioned crossover boasts one of the most balanced shoulder lines in the business – a nicely sculpted horizontal beam that floats from nose to tail, connecting the headlamps, tail lamps, side markers, and the door handles on each side – the door handles are motorized to seal flush with the panel, mimicking the retractable gear doors on an aircraft.

Demonstrating its off-pavement prowess, Land Rover pointed us to a rugged dirt road sprinkled with challenging obstacles — it was a good three-hour portion of our drive and the Range Rover proved unstoppable. The new crossover doesn’t mind this type of abuse whatsoever, but I wouldn’t deliberately choose it for my next through-the-woods excursion. First, it doesn’t offer the same suspension travel as the Discovery (especially when its air suspension is at maximum lift) so the ride becomes rather harsh, especially after long periods of time. Second, there is a cringing level of guilt when a stick drags a scratch down the Velar’s beautiful paint.

Considering that late-model Range Rovers are able to creep over $200,000 (the Range Rover SV Autobiography starts at $207,900), many would expect the Velar to carry a hefty window sticker – not at this time. The Velar, with the standard 2.0-liter turbocharged engine and a sizeable number of standard features, starts at just $49,900. Loaded, Velar R-Dynamic HSE is a sound $77,100.

Capable, functional, luxurious, comfortable, unique, and reasonably priced – the all-new Range Rover Velar checks off all the proper boxes and wraps everything up in a package with plenty of style and cachet.

I really like the Velar, but for a unique reason. While it delivers plenty of the legendary Range Rover off-road chops and decent utility, this isn’t a family crossover for those who want to haul kids and pets to soccer practice (the company’s Discovery hits a home run in that category). Instead, the Velar is notable for its elegant styling and attire, which sets new standards in a segment that really hasn’t pushed the boundaries of exterior and interior design. It’s a fresh face, simmering with cachet, that’s going to make its discerning owners – those who care about arriving at a destination with grace and flair – very happy.