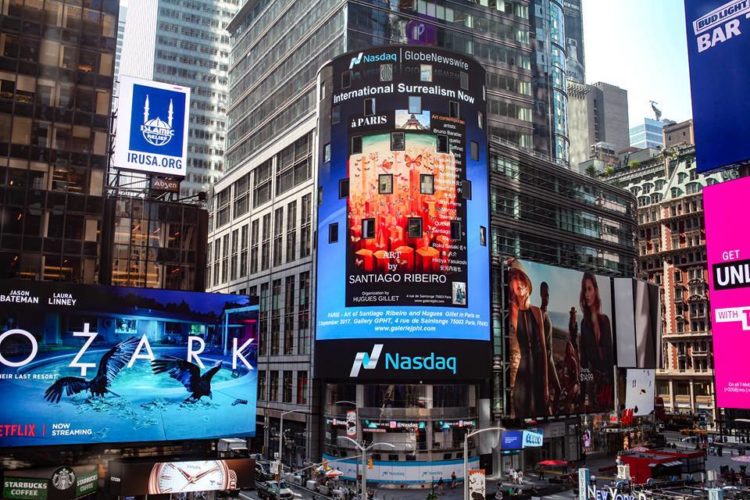 In addition to the large personal investment some sponsorship comes from the Bissaya Barreto Foundation, Condeixa-a-Nova House Mayor and the North American MagicCraftsman Studio. Portuguese surrealist painter Santiago Ribeiro continues with the impressive multimedia exhibition in the giant screens of Time Square in New York, the show is already in the fourth month.

The founder and promoter of International Surrealism Now is now planning for the next phase of Surrealism Now exhibitions in Portugal in the center region. There are already several spaces for the end of 2017 and 2018. As Ribeiro continues planning the project’s next phase, he is testing innovative exhibition spaces such as Times Square. His ambition for Winter 2018 is to launch the largest world exhibition of contemporary Surrealism art in Europe. The initial exhibit of paintings, drawings, digital art, photographs and sculpture — with more than 100 artists from 48 countries participating — is expected to be shown at several museums, monuments and public spaces throughout Portugal.

The power of the press

In relation at Times Square Ribeiro has been mentioned by the media very often, Here are some examples:

From New York and United States