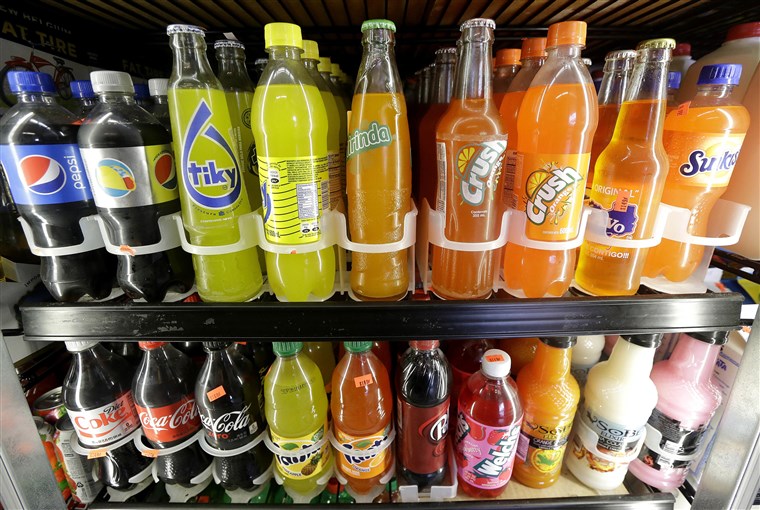 California restaurants and stores would be prohibited from selling “Big Gulp”-style sodas and consumers would face taxes on sugar-sweetened soft drinks under bills announced Wednesday by five state lawmakers to address a “public health crisis” of obesity in the Golden State.

Assemblyman Richard Bloom (D-Santa Monica) said at a Capitol news conference that the “beverage fee” he proposed for the third year in a row would help offset the cost to the healthcare system of sugar-related problems, including an increase in diabetes among young people. The soda industry has successfully fought past efforts to adopt a state tax in the Legislature. Bloom’s bill and Chiu’s legislation are supported by the California Medical Assn. and California Dental Assn.

“We have ignored this crisis for too long,” Bloom said. “We are standing on the edge of a cliff and addressing this health crisis requires a multi-pronged approach like the one you see today.”

Bloom has not yet decided the size of the fee, but noted that past proposals he has supported would have set a 2-cents-per-fluid-ounce tax, which would raise $2 billion annually. That would mean an additional 24 cents on the cost of a 12-ounce can.

“Not only are those taxes not welcomed by the people of California, but repeated analysis confirms that these types of regressive taxes place an unfair burden on working families and neighborhood businesses already struggling with the state’s high cost of living,” said Steven Maviglio, a spokesman for the association.

In arguing that the poor would be hurt most by such a tax, he cited a report by the Legislative Analyst’s Office this month that found the “burden of paying the tax would disproportionately fall on some groups relative to others.”

The bills were introduced just months after the Legislature approved a 12-year ban on cities and counties imposing soda taxes.

That bill was approved reluctantly in exchange for a pledge from business groups to drop an initiative that would have required cities and counties to get supermajority approval from voters to raise any new taxes.