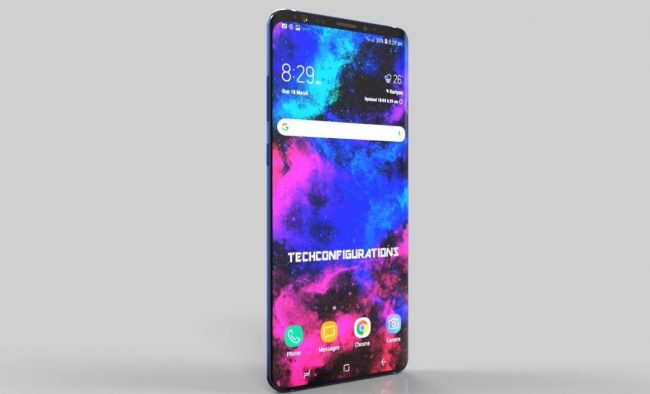 Forget the iPhone XS and XR for a second, as more rumors featuring Samsung’s next best thing have hit the web. The South Korean giant is already working on three devices supposed to compete against Apple’s three new iPhones. Samsung will celebrate ten years of Galaxy S phones next year, and the Galaxy S10 series supposed to deliver a bunch of exciting features compared to the Galaxy S9 line.

A report from Korean news site ETNews says that Samsung’s best Galaxy S10 version will come with as many as five cameras, including three on the back and two on the front. The other models are expected to have single-lens selfie cams and double- and triple-lens cameras on the back.

Samsung wouldn’t be the first company to sell smartphones with as many cameras on the back. Huawei already launched such a phone this year, and it’s preparing to launch a second one next month. The Mate 20 Pro is expected to deliver Galaxy S10-grade specs this year and could become the main iPhone XS competitor until the 2019 Android flagships arrive.

But ETNews says that Samsung will have a harder time ensuring camera module supply for its Galaxy S10 line, given the extra number of modules it needs for each device, and it’s looking to diversify suppliers.

A report from Techno Buffalo revealed a few days ago that a trusted source shared details about Samsung’s Galaxy S10 plans. The company is making three models, with screens including 5.8-inch, 6.1-inch, and 6.4-inch, respectively — the smaller model would cater to budget-conscious buyers.

Granted, we still need more details about this cheap Galaxy S10, but it sure sounds like the phone won’t be able to compete against the iPhone XR. Apple’s “cheap” new iPhone is just as powerful as the iPhone XS models, and Apple teased a significantly improved single-lens camera experience for the iPhone XR. Apple isn’t expected to add a third lens to its premium phones anytime soon.

The report also notes that Samsung is indeed testing in-display fingerprint sensors for the Galaxy S10, but the technology won’t make it into next year’s Samsung flagships. Many reports so far said the Galaxy S10 would be the first Samsung phone to make use of the technology. The source acknowledged that things are still in flux, and things may change until next year when Samsung will unveil the phones.