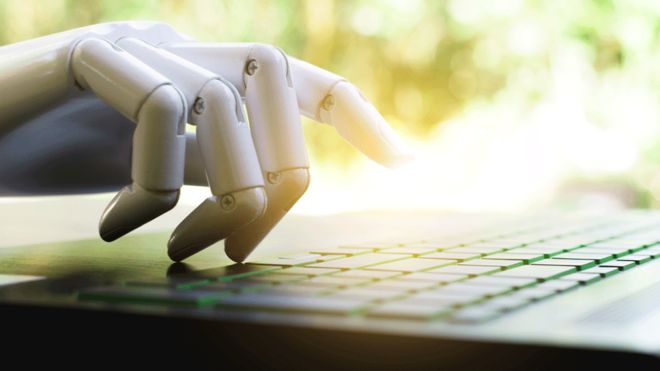 A new feature in Microsoft’s Word aims to help improve writing beyond the usual grammar fixes.

Using artificial intelligence, Ideas will suggest rewrites for clunky sentences as well as changes to make sure language is gender inclusive.

It will help users lay out different parts of a document, including tables, and suggest synonyms and alternative phrases to make writing more concise.

It will be cloud-based and initially available to users of Word Online only.

A test version of Ideas will go live in June, becoming more widely available in the autumn.

It was announced at Microsoft’s Build developer conference in Seattle.

In a blogpost to explain the changes, Microsoft said: “Writing requires a dash of uniquely human creativity. Artificial intelligence alone cannot do it for us, at least not very well. But AI can – and already is – helping us do things like make sure we spell words correctly and use correct grammar.

“As the AI in these products is becoming more sophisticated, they are helping us do more than spot a mis-spelled word.”

Rival Google announced its own AI-based writing tool for Google Docs recently, which it promised would be more than just a grammar-checker, being able to detect “nuances” in language.

Writer and AI expert Calum Chace said he thought the advance of AI in the sphere of writing could “only be a good thing”.

“It began with predictive text and the next evolution will be making changes to sentences, then entire paragraphs,” he said.

“The more AI can take the low-level composing work off the shoulders of journalists and other writers, the better, but I don’t think that AI will replace human creativity.”