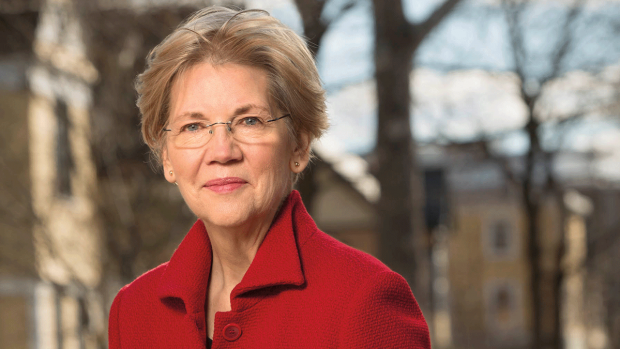 Senator Elizabeth Warren defended the timing of her decision to release the results of a DNA test just ahead of the midterm elections, telling the Globe Tuesday that she went public as soon as possible to begin deflecting the constant taunting from the president and her Senate challengers.

“I have an election,” Warren said during an hour-long interview with the editorial board. “Donald Trump goes in front of crowds multiple times a week to attack me. Both of my opponents have made the same attack. I got this analysis back, and I made it public.”

The results, perhaps predictably, only triggered further attacks from Trump and other Republican critics, who quickly seized on the low end of the results — showing as little as 1/1,024th Native American blood — as ammunition for further mockery.

“Now that her claims of being of Indian heritage have turned out to be a scam and a lie, Elizabeth Warren should apologize for perpetrating this fraud against the American Public,” Trump said Tuesday morning as part of a Twitter tirade against the Cambridge Democrat.

Some Democrats have also criticized Warren’s timing on releasing the report — just weeks before the midterm elections on Nov. 6, when the party hopes to capitalize on a backlash against Trump to make inroads into the GOP’s majorities in Congress.

Pressed again if she made a mistake decades ago in listing herself in directories of minorities in academia, Warren emphasized she was thinking about her Native American ancestry, not any sort of claims to tribal citizenship, when she made those decisions.

Leadership of the Cherokee Nation have nonetheless criticized Warren for her move.

“Using a DNA test to lay claim to any connection to the Cherokee Nation or any tribal nation, even vaguely, is inappropriate and wrong,” Chuck Hoskin Jr., the secretary of state for the Cherokee Nation, said in a statement after Warren’s results went public.

“Honesty with Elizabeth Warren seems to be a foreign word,” Diehl said.

Warren has been attacked on the issue much more aggressively by the third candidate on the ballot, independent Shiva Ayyadurai of Belmont, whose main campaign slogan is “Only a real Indian can defeat a fake Indian.”

Warren said that any backlash or criticism that greeted her decision did not change her mind because it was the right thing to do.