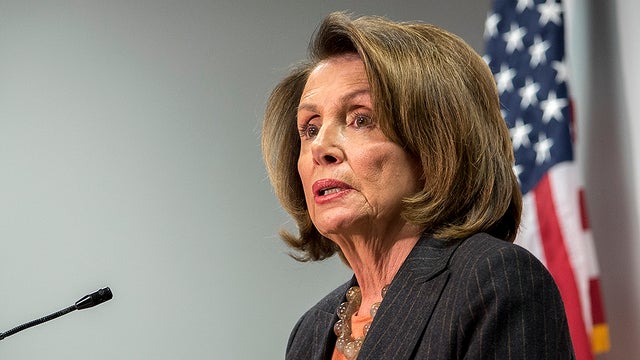 Negotiations between the Trump administration and Speaker Nancy Pelosi (D-Calif.) on a two-year budget and debt ceiling deal are spilling over into the weekend amid growing signs of alarm from conservatives.

The talks are down to discussions over the amount of cuts, or offsets, that will be included to help pay for the agreement to increase total defense and nondefense spending over the next two years.

The administration is pushing for at least $150 billion in cuts to be included in the agreement. The White House reportedly sent a list of $574 billion in potential cuts to congressional leaders.

A Democratic source close to talks characterized the list as an opening salvo from the administration as the two sides haggle.

“This is the White House’s starting point for negotiations on this aspect. They understand these levels are non-starters for us. Talks will continue,” the source said.

Democratic leadership and Treasury Secretary Steven Mnuchin indicated on Thursday that they were close to a final deal after they reached an agreement on top-line defense and nondefense spending numbers for fiscal 2020 and 2021. The agreement would also raise the debt ceiling past the 2020 election.

There are signs of a rift within the Trump administration over the looming agreement.

After Pelosi told reporters she wanted a deal by Friday night, a senior administration official hit back at the Speaker, accusing her of “happy talk” and stating that there was still “a way to go” in the negotiations.

Conservative lawmakers and outside groups also began raising red flags about a potential budget and debt ceiling deal on Friday, underscoring the pushback Trump could face is he signs on to the agreement. Conservatives tried, unsuccessfully, to kill a 2018 budget deal.

The Club for Growth is taking issue with the deal because it would add to the debt, saying “congressional Leadership continues to aggressively pursue spending agreements that propel our country toward bankruptcy and fiscal crisis.”

The Committee for Responsible Federal Budget, a budget watchdog group, said in a statement Friday that any budget deal shouldn’t add to the debt.

Meanwhile, the Heritage Foundation argued that Congress should reject a budget caps deal and “instead focus on constitutional priorities, such as national defense, within the current cap levels.”

“However, if Congress does pursue an agreement to raise discretionary spending, it must ensure that any new spending is fully offset by immediate mandatory spending reforms,” the group added.