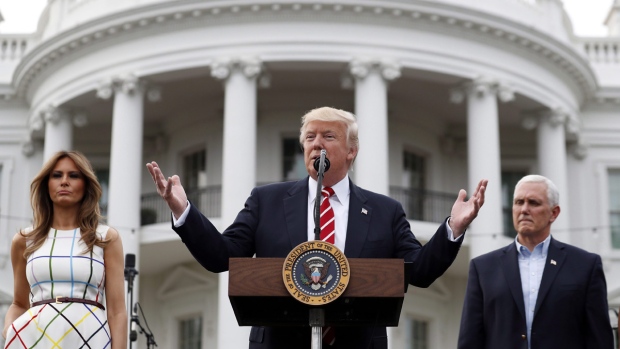 While most of official Washington is on edge ahead of the expected release of special counsel Robert Mueller’s full report, Trump White House aides are shrugging off the fevered anticipation with a simple message: been there, done that.

Several of President Donald Trump’s aides conceded that the nearly 400-page report, which Attorney General Bill Barr says he’s aiming to release this coming week, will likely include new details about Trump’s behavior that are at a minimum embarrassing.

But they believe they have a powerful shield against renewed Democratic outrage and media scrutiny in the form of the principal conclusions Barr highlighted in a four-page letter three weeks ago—namely that Trump’s 2016 campaign did not collude with the Russian government, nor is there sufficient evidence to prove that Trump obstructed justice.

“This is a report where everybody already knows the outcome,” said David Bossie, Trump’s 2016 deputy campaign manager. Trump, he added, “wants it out. He just wants it out and over with.”

“In 400 pages there’s bound to be something the media will spin as embarrassing for the president and then that will be the story,” said a White House official, “but will it be collusion? Will it be obstruction? Will it be conspiracy? Will it be criminality? No, no, no and no.”

Even as more than a dozen Trump aides and associates interviewed by POLITICO professed confidence that the report would inflict little new damage on a president they say has already been exonerated by Barr, some Trump allies say the White House is in for a rude awakening.

Trump allies are already on message. “We’re going to move on and we’re going to get to the bottom of how this insidious last two years began,” said Bossie.

Barr set the stage for a potential investigation in Senate testimony Wednesday, telling lawmakers that FBI surveillance of the Trump campaign during the Obama administration may have been an abuse of power.

“I think spying on a political campaign is a big deal,” Barr said, adding that he plans to look at whether that spying was “adequately predicated.”

Along with Sekulow, Trump lawyer Rudy Giuliani — who has recently maintained a relatively low profile— will also play a lead public role in responding to the report, according to a person familiar with the plans.

In a text message to POLITICO, Giuliani suggested that the arrival of a nearly 400 page report on the president by a team of veteran prosecutors would be no big deal, and that he would give it a potentially brisk read from beginning to end.

“Sure, why not start at page one — and if it’s what I think, I can do it pretty quick,” wrote the former New York mayor.

And reached on vacation in Palm Springs, Trump legal adviser Joe diGenova was even more casual about the report’s impending release. “I’ve given it very little thought,” he said.