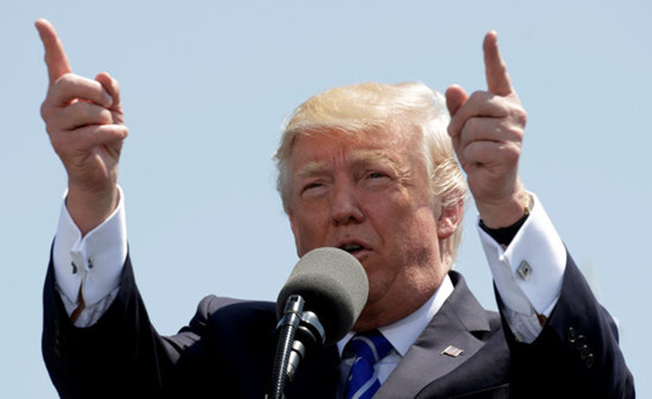 The Trump administration is facing mounting pressure from fellow Republicans and other allies to end the practice of separating children from parents caught illegally crossing the border, as backlash over the enforcement policy quickly escalates into a political crisis.

Some GOP lawmakers want the administration to stop the policy on its own, while Texas Sen. Ted Cruz and others are proposing emergency legislation. Senate Majority Whip Cornyn, R-Texas, said Tuesday he thinks Congress might be able to act on the issue this week. “We need to fix it,” Majority Leader Mitch McConnell added.

House Republicans reportedly are working on their own plan to allow children to be detained for extended periods with their parents, loosening rules that now limit the amount of time minors can be held to 20 days. Meanwhile, GOP governors are pulling their state’s National Guard troops from the border in protest.

All this comes as President Trump and top Cabinet officials put the blame on Congress, in the run-up to a meeting late Tuesday between the president and House Republicans — where discussion of the family-separation backlash will likely dominate.

“Democrats are the problem. They don’t care about crime and want illegal immigrants, no matter how bad they may be, to pour into and infest our Country, like MS-13. They can’t win on their terrible policies, so they view them as potential voters!” he tweeted Tuesday morning.

He also said, “We must always arrest people coming into our Country illegally,” noting most of those detained at the border journeyed without their parents. He again called on Congress to change the laws.

Speaking at a business event Tuesday in Washington, Trump added that child smugglers are exploiting loopholes and, “All we need is good legislation and we can have it taken care of.”

While legislation is being discussed, the family separations stem from the Justice Department’s “zero tolerance” policy, which calls for all illegal border crossers to be prosecuted. Because a 1997 legal agreement and related policies say children cannot be jailed with adults for extended periods, the administration is separating the families.

“Until this policy of separating children from their families has been rescinded, Maryland will not deploy any National Guard resources to the border. Earlier this morning, I ordered our 4 crewmembers & helicopter to immediately return from where they were stationed in New Mexico,” Hogan tweeted Tuesday.

Rep. Mark Meadows, R-N.C., the head of the conservative House Freedom Caucus, said on “Fox & Friends” that a more conservative bill being introduced Tuesday afternoon would also address the issue while keeping a narrower focus and keeping out more controversial topics.

“What it does it deals with this issue we’re having at the border with separation of children from their parents,” he said. “It also deals with some of the asylum issues at the border, but it also takes out some of the more controversial issues like sanctuary cities, the wall, [Deferred Action for Childhood Arrivals], and it keeps it very narrow,” he said.