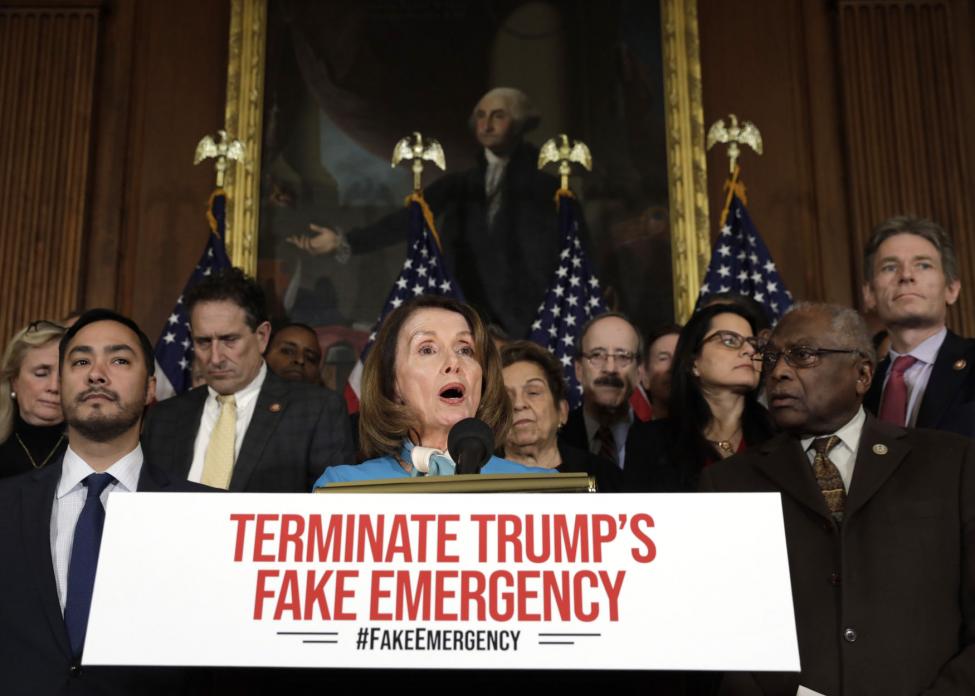 The US president is lifting Congressional sovereignty, the Democrats complain. Trump himself sticks to his line and stresses during a visit to the border with Mexico: “We can not take you anymore.”

The application argues, inter alia, that Trump, with this step, is lifting Congress’ sovereignty over the granting of budgetary funds. Pelosi said Congress must defend its constitutional responsibility and protect the system and the separation of powers.

Trump declared a National Emergency in mid-February to finance the construction of a wall on the Mexican border without parliamentary approval. The Congress had not approved the sum demanded of him. With the help of the declaration of emergency Trump wants to raise additional billions from other money pots. His approach is legally controversial, which is why the Democrats have brought a resolution in the House of Representatives to end the state of emergency again. It got the necessary majority both there and later in the Senate, which was dominated by Trump’s Republicans.

In mid-March, the President then vetoed his term of office in order to prevent the lifting of the emergency, as decided by Congress. To overrule this veto again, a two-thirds majority would have been needed in the House of Representatives and in a second step in the Senate. But that did not materialize. Therefore, the Democrats now go the legal way – and are not alone: Several US states have already filed a class action against the emergency declaration.

Regardless of this, US President Trump, while visiting California on the Mexican border, remained true to his line and announced, “We can not take you anymore.” The country is full. “Turn around,” Trump continued. “We have no place.” He repeated this message several times to illegal migrants, emphasizing, “When it’s full, it’s full.” It’s as simple as that.

The head of state also announced that many new border barriers will be erected in the coming months. He spoke again of a border emergency and lamented serious shortcomings in the US immigration system.