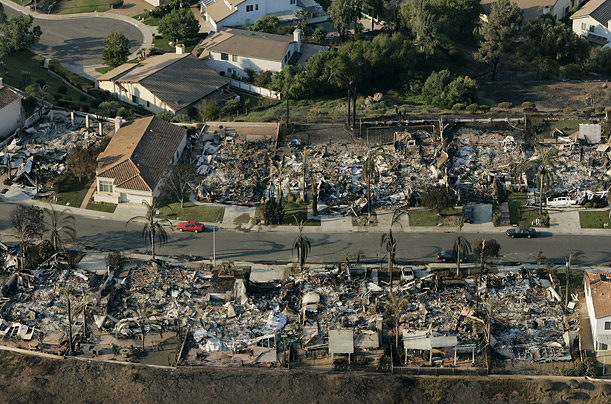 The sorrow surges at unexpected moments. Evelyn Anderson recalls a visit to outdoor store REI a few months ago when she noticed a jacket for sale similar to one she used to own. The coat tripped a cascade of memories of everything else she and her family lost when a wildfire destroyed their home in 2017.

The thoughts soon receded, a sign of progress from the first year after the fire, when the distress felt chronic, draining her spirit day after endless day. As more time passes, and Ms. Anderson mends from her emotional wounds, she finds herself aware of other subtle shifts in her mindset and approach to life.

“What’s important has changed a lot,” says Ms. Anderson, the interim co-principal of a French-American charter school in Santa Rosa. “And the sense that we’ve come such a long way since the fire – that feels good. There’s a sense of moving forward.”

Her evolving perspective illustrates a behavioral health theory called post-traumatic growth. The concept focuses on the potential for survivors of natural disasters, mass shootings, and other life-threatening events to emerge over time with renewed purpose, gaining strength from overcoming the adversity imposed upon them.

“There are all number of positive things that can happen as people recover from disaster,” says Dr. North, who has studied the effects of trauma on survivors of Hurricane Katrina and the Sept. 11 terrorist attacks.

“There’s almost a sense of freedom now,” she says. “We’ve realized that we can do anything.”

The Tubbs fire ranks as the second-most destructive blaze in state history, behind the wildfire that wiped out much of Paradise. The sluggish pace of new housing construction in Santa Rosa has begun to pick up in the past six months. The emotional recovery of residents remains more difficult to gauge.

Ms. Logue sought solace from her faith and family, including five grandchildren. In recent months, with the couple’s new home under construction, she has perceived a difference in her disposition from before the fire.

“I take more things in stride now,” she says. “It’s just more of an awareness of what’s important. I know people who are living in trailers or with family. We’re fortunate to be where we are.”

Madonna Day had lived in her home for 49 years when she fled the Tubbs fire. She returned to piles of scorched rubble and the prospect of starting life over as an octogenarian.

Her visceral connection to the pastoral, Edwardian-style retreat, built in 1908, spans memories of her two late husbands, the three children she raised, and the small dairy farm she ran to produce goat cheese.

“With a big wildfire, it’s basically like a refugee crisis,” he says. “People are dislocated from their homes, their neighborhoods, their communities. Coming together to talk can reduce their sense of isolation and build up their inner strength.”

She never wanted to endure the trauma that the fire inflicted. She intends to always remember what she has gained from loss.

“I have more of a sense of how adrift one can be without their home, and that’s given me more of an appreciation of what it means to be living with purpose.”