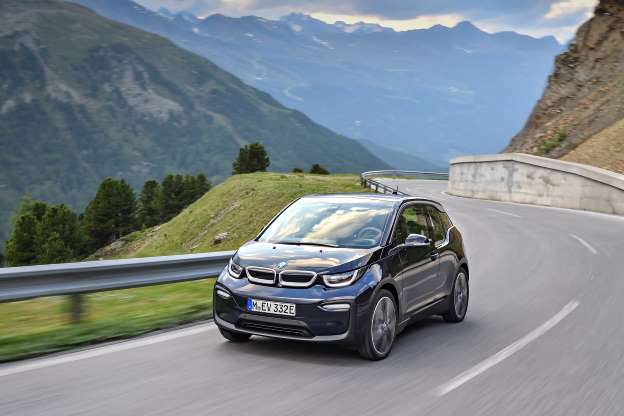 Modern life depends on batteries. But today’s battery technology isn’t nearly as advanced as we need, often running down at precisely the wrong moment.

Scientists have been searching for better batteries since Thomas Edison went looking for a way to power his friend Henry Ford’s Model T. But a breakthrough finally appears close to reality, and if it lives up to expectations it could translate into days of use for smartphone addicts and driving ranges pushing 500 miles or more for electric vehicle owners.

His firm, which focuses on developing solid state batteries, this week entered into an alliance with BMW, who already committed to offering some form of battery option for virtually every product it builds over the coming decade, whether conventional hybrid, plug-in or pure battery-electric vehicle, or BEV.

Today’s lithium-ion batteries are a big improvement over early lead-acid, nickel-cadmium and nickel-metal hydride technologies. But the new long-range vehicles coming to market, like the 200-plus mile Tesla Model 3 and Chevrolet Bolt, require over 700 pounds of batteries.

Complicating matters, it can take hours to recharge. And lithium technology isn’t cheap. Prices for automotive batteries have tumbled from around $700 a kilowatt hour in 2010 to less than $200 today, according to industry data. But that still adds up to more than $10,000 for the 60 kilowatt-hours needed to power a car for 200 miles.

Solid state technology is expected to make big leaps in three critical areas, according to experts, among other things packing in at least twice the power in a given size of battery – what experts call energy density. Eventually, that could more than double again.

That would let an automaker halve the size of its battery pack for the same range – or deliver at least double the distance between charges. Or they could strike a balance between range and increased performance, offering a 300-mile SUV, for example, with sports car acceleration.

Solid state batteries also offer the potential for ultra-quick charging, said Duettner-Garrett. “The Holy Grail is to have…recharging your vehicle mirror the experience of refueling your gasoline vehicle.” In other words, just five to 10 minutes.

As for price, a recent study by the Boston Consulting Group estimated lithium-ion batteries will drop to $70 a kilowatt-hour within five years. But solid state, said analyst Xavier Mosquet, could be 20 percent cheaper.

The new technology is called solid state because it replaces the liquid electrolyte in today’s batteries with ceramic materials. That’s yet another plus because the liquid in lithium-ion cells is as flammable as gasoline – which is why airlines have banned them from their cargo holds. Several crashes and other incidents have been caused by defective lithium batteries.

BMW is by no means the only company developing plans to use solid state technology. Toyota has hinted it will introduce the technology in a new line of BEVs around 2021 at a new American factory it’s building in the U.S. in partnership with Mazda. Toyota this month formed an alliance with Panasonic, already among the world’s largest lithium battery suppliers, that is expected to focus on solid state technology.

Another active player is British appliance manufacturer Dyson. In October 2015 it acquired Sakti3, a tech spin-off of the University of Michigan specializing in solid state technology. Earlier this year, Dyson revealed plans to launch its own electric vehicle subsidiary using the new batteries. It’s also planning to use the technology to improve the appeal of its cordless appliances.

Solid state batteries have long been a work in progress and even proponents like Duettner-Garrett admit they’re not quite ready for prime time. Battery makers have shown the technology works in the lab. Now they must ensure they can mass produce the batteries and then show they can survive in the particularly challenging environment automotive powertrains must operate in every day. That’s why the new formulation probably won’t be in widespread use until the middle of the coming decade.

But if manufacturers can overcome the remaining obstacles, and if solid state technology lives up to its promise, it could make cordless devices large and small even more intrinsic features of daily life.