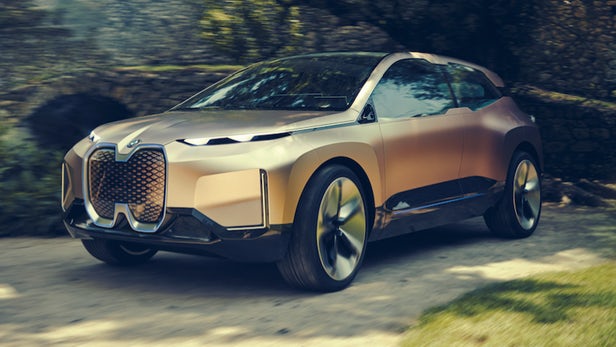 On the occasion of its official auto show premiere in Los Angeles, BMW divulged a good bit more information about the technologies that will debut on the production version of its controversially styled Vision iNext concept car in 2021. Here are four tidbits we learned from the reveal.

BMW’s R&D honcho Klaus Froehlich stated that the iNext will offer standard level 3 autonomy (wherein the driver must remain ready to resume control of the car within 10 seconds) on limited-access divided highways and might well progress to level 4 or 5 full autonomy during the model’s lifetime. And BMW’s system won’t be restricted to traffic-jam speeds like Audi’s Traffic Jam Pilot. No, BMW’s autobahn pilot can reportedly do 80 mph (it’s too difficult to detect motorcycles above that speed).

No, BMW doesn’t build, own, and operate the factories that produce the battery cells themselves, but for the latest (fifth-generation) battery technology going into the iNext, the chemistry and the size and shape of the prismatic/pouch-type cells are all specified by the Bavarian firm. BMW then assembles them into modules and battery packs in-house. Oh, and this pack will be sized to provide 435 miles of range.

In the propulsion department, BMW continues its march away from motors utilizing rare-earth element permanent magnets in favor of induction-type motors, optimized for performance with tricky copper winding designs, etc.

As platforms are introduced from 2021 onward, the 3, 5, and 7 Series will all be engineered from the start to accommodate pure combustion power, hybrid, plug-in hybrid, or pure electric drivetrains, with the latter three setups all leveraging iNext lessons learned.