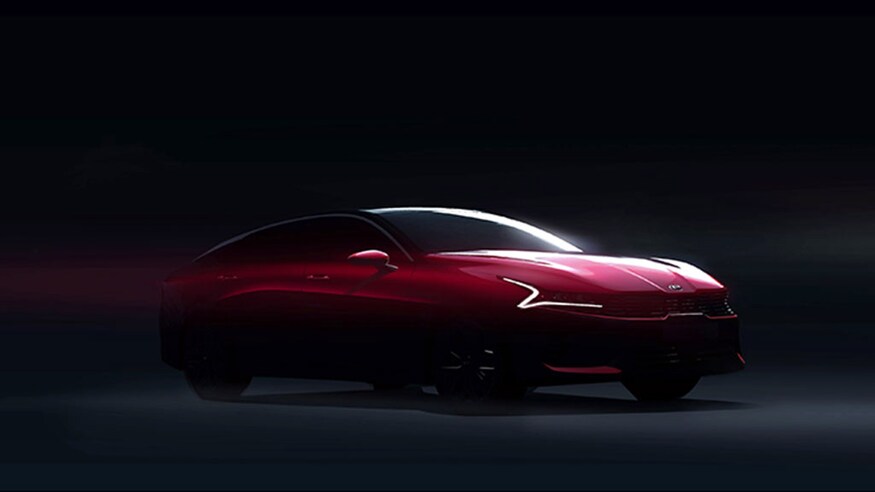 Kia has released sketches of the redesigned 2021 Optima midsize sedan, and the most prominent feature is the new grille called the “tiger face.” It’s an evolution of the current grille, and it appears wider than before but retains the distinct pinch in the middle. The headlights also appear integrated with the grille, and its LED daytime running lights feature the same Z pattern that first appeared on the Kia Cadenza.

One of the teaser sketches also reveals the rear end of the 2021 Kia Optima, which now features a full-width taillight and what appears to be a small duckbill-like kink on the trunk lid. Its signature full-length chrome strip on the side appears to wrap around the rear window and continue to the other side of the vehicle. The fastback roofline remains, which should make the Optima more recognizable.

The 2021 Kia Optima’s interior appears to be an evolution of the current horizontal theme but with a couple key changes. On the center console, there’s now a rotary shifter, hinting that higher trims will get that instead of a mechanical one. There’s also a two-screen layout similar to the one you find in new Mercedes-Benz models; however, the main touchscreen is tilted toward the driver.

Like the recently revealed Hyundai Sonata, the redesigned 2021 Kia Optima will ride on a new platform. Hyundai/Kia’s Smartstream engine family should find its way under the hood. Future Kia Optima variants should include a hybrid and a sporty GT model. Expect Kia’s updated midsize sedan to debut sometime soon, likely at a standalone event in Korea where it will go on sale first before finding its way to other global markets including the U.S.