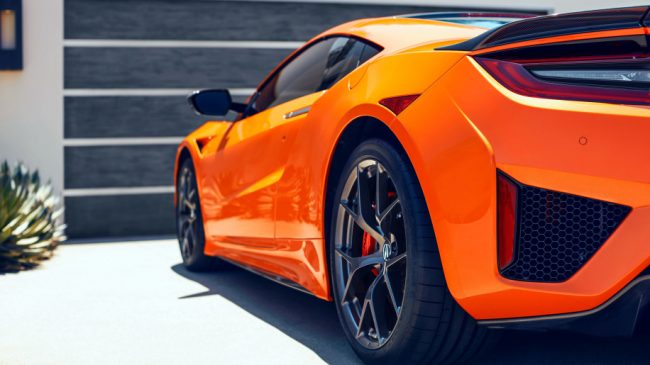 In just its third year on the market, Acura is giving its NSX mid-engine hybrid all-wheel-drive supercar a relatively thorough refresh. Along with gently enhancing the aesthetics, the options list has come in for some rationalization, and the chassis team has made a dynamic tweak or two.

We fervently hope the handling tweaks will address some areas of improvement we highlighted when the spanking-new NSX made a bid for Best Driver’s Car honors in our November 2016 competition, finishing in eighth place.

Let’s start there. After his lapping session, our resident hot-shoe Randy Pobst complained that the car was overly sensitive to weight transfer on corner entry. Load the nose with just a bit too much trail-braking, and the car responded with excessive, time-robbing oversteer.

Others noted that the NSX demanded an unconventional driving style—too much braking before a turn followed by more acceleration than usual to force the torque-vectoring front axle to work its magic pulling the car through. The fix (hopefully): larger anti-roll bars at both ends that increase roll stiffness by 26 percent in front and by 19 percent at the rear.

We’re not sure how the front and rear roll stiffness percentages compared on the original, but our test car behaved like the front was rolling enough to dig in and allow the stiffer rear end to slide, so this modification sounds like progress.