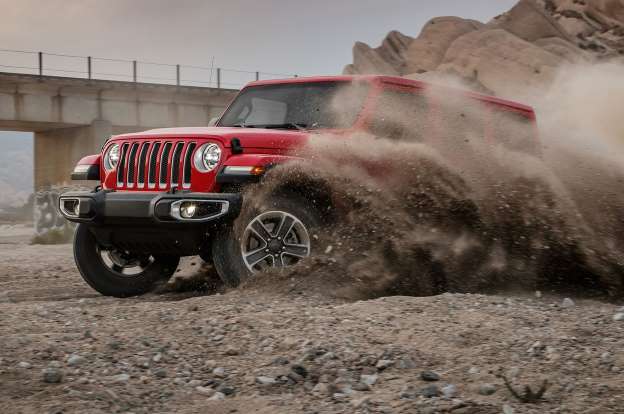 Late last year, we learned the 2018 Jeep Wrangler JL’s fuel economy ratings with the V-6, but we didn’t have official mpgs for the new turbocharged 2.0-liter four-cylinder until now. The EPA has finally published the numbers for the turbo-four, and they look promising.

The news comes thanks to a tip from JL Wrangler Forums, which pointed out that the filing appeared on the EPA’s website. The listings were filed under “2018 Jeep Wrangler,” which is the name the EPA previously used for the 2018 Jeep Wrangler JK. We know that can’t be the case because the JK recently ended production. Jeep has confirmed to us that the filings are correct but actually apply to the new JL rather than the JK.

We can see the benefits of that system reflected in the turbo-four Wrangler’s city fuel economy. The 2018 Jeep Wrangler two-door equipped with the 2.0-liter is rated at 23/25/24 mpg city/highway/combined.

As we found in our First Drive, you get similar power delivery to the V-6 when off-road, but at lower rpms. Combine that performance with better city mpg, and the four-banger Wrangler might be worth the price premium. We can’t wait to find out in a future First Test.