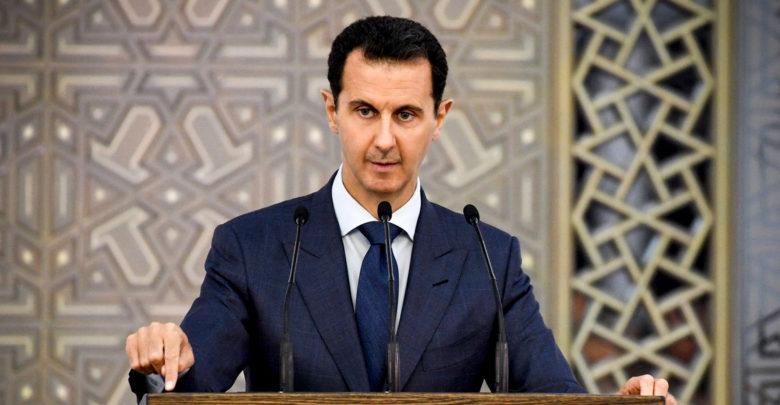 Bashar al-Assad presents himself as a patron saint: “The Americans will not close their hearts or their arms,” ​​he says, urging all Kurdish fighters in the country to join him.

Assad emphasized that the Kurds could only protect themselves from a military offensive if they were under the protection of the Syrian army. Otherwise, they would end up as “Ottomans’ slaves,” added the Syrian ruler with regard to Turkey, which is fighting against the Kurdish aspirations for autonomy.

Trump announced in December to withdraw all about 2,000 US troops deployed in Syria. The Kurds in the country are therefore trying to improve their relations with the Syrian leadership. However, no agreement has yet been reached in the talks.

On Sunday, the Kurdish-led rebel Alliance of the Syrian Democratic Forces (SDF) discussed its future relations with Damascus. In a statement, the alliance demanded that Assad’s government recognize the “special status” of the SDF as well as the semi-autonomous status of the Kurdish region in Syria. In addition, the SDF fighters declared their readiness to “solve problems with Turkey through dialogue”.

The SDF fighters announced just over a week ago the beginning of a “final battle” in which the last bastion of the jihadist militia “Islamic State” (IS) in Syria is to be conquered. According to SDF data, IS territory around the village of Baghuz near the Iraqi border has now shrunk to half a square kilometer, and complete conquest is expected in a few days. The SDF fighters are supported by air strikes by the US-led international anti-IS coalition. Assad said in his televised address, “Every inch of Syria will be liberated.”