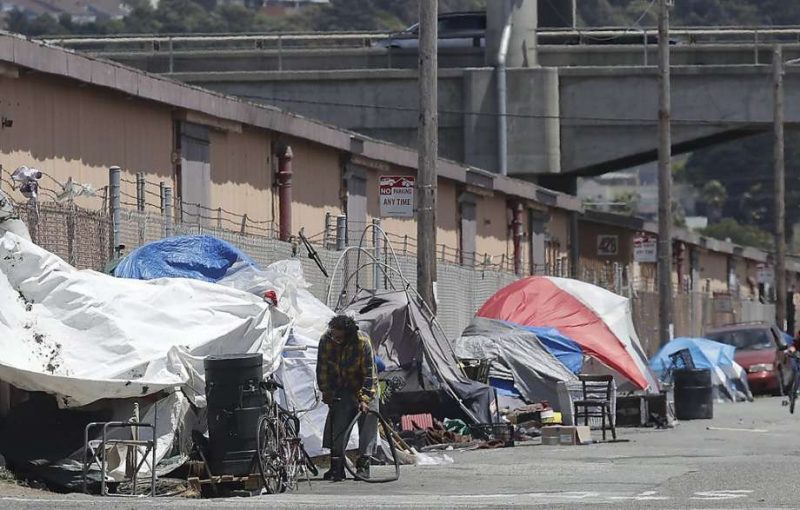 The White House has said it is exploring using police to remove homeless people from the streets, a vague threat that has escalated concerns about Trump pushing a law enforcement crackdown in California.

Trump further griped about the presence of homeless people while speaking to reporters on Tuesday, saying they live in “our best highways, our best streets, our best entrances to buildings” where people “pay tremendous taxes”. He said LA and San Francisco “destroy themselves by allowing what’s happening” and that some residents want to move away because of tent encampments.

The president further mentioned the creation of an “individual taskforce”, but did not provide details, saying: “We’ll be doing something about it.”

The CEA report noted that almost half of all unsheltered homeless people live in California, and said that “policies such as the extent of policing of street activities” may play a role in why some states have larger homeless populations. The report also said “more tolerable conditions for sleeping on the streets … increases homelessness”.

Tom Philipson, the CEA chairman, did not elaborate on how policing could be used in a call with reporters, according to the Washington Post. It’s unclear if the president would have any legal authority to use law enforcement to move people from the streets, and homelessness is an issue typically handled by local governments.

The CEA report noted that “policies intended solely to arrest or jail homeless people simply because they are homeless are inhumane and wrong”, but said “when paired with effective services”, policing can be useful.

“This approach contributes to the problem rather than solving it,” said Osha Neumann, a civil rights lawyer who has long advocated for the homeless in northern California. “The idea that we can criminalize our way out of a crisis that is the result of the failure of the system to provide basic human needs for a large percent of our population is ridiculous.”

Courtney Milligan, a 29-year-old who has been living on the streets of Skid Row for nine months, said she wished the president would “change his tone” when he talks about homelessness.

“Skid Row is home for a lot of people. There is community here,” she said. “The problem is finding housing.”