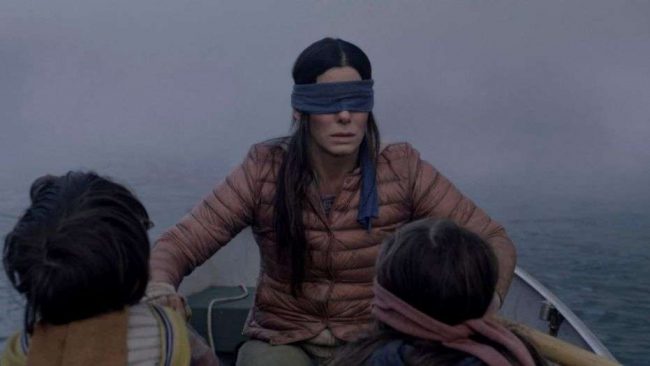 The streaming service warns of a trend in which social media users walk blindfolded through their home or blindfold escalators.

The Netflix streaming service has warned of an Internet phenomenon in which social media users walk blindfolded or blindfolded escalators. “I can not believe I have to say this: Please do not hurt yourself at this Bird Boxing Challenge,” said Netflix’s Twitter account on Wednesday.

The challenge is based on the thriller “Bird Box” with Sandra Bullock, in which people live with blindfold, because the sight of a dark force would drive them into suicide. The film was called by Netflix in the first seven days of over 45 million different user accounts.

Quick #BirdBoxChallenge clips were put on the net under the hashtag, where users wear a blindfold, do everyday things and injure themselves in part. Two women reportedly spent as much as 24 hours with their sleep masks. The YouTube video has already been clicked around two million times until Thursday morning (CET).