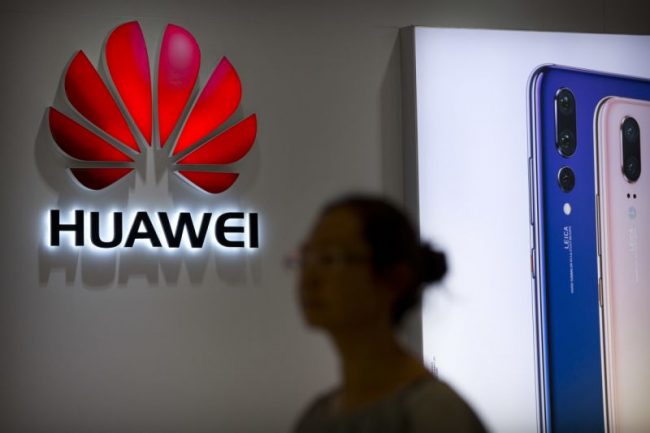 The chief financial officer of Chinese smartphone maker Huawei is accused of violating sanctions imposed by the US on Iran. She was arrested in Canada. The US demands their extradition.

In Canada, on the initiative of the USA, the chief financial officer of the Chinese telecommunications giant Huawei has been arrested. Meng Wanzhou was arrested in Vancouver over the weekend, a spokesman for the Canadian Department of Justice said Wednesday (local time). The US would demand extradition of the top manager.

The Canadian Ministry of Justice did not provide information on the allegations against Meng. The Chinese Embassy protested on Wednesday against Meng’s arrest and spoke of a human rights violation. The manager must be released immediately, she has not violated Canadian or US law.

Huawei confirmed the arrest in a statement. The group had received only few information, which is accused of the manager and she was not known to misconduct. Huawei adheres to all laws and regulations, including export controls and United Nations and United States and EU sanctions.

According to the Canadian newspaper The Globe and Mail, which first reported the arrest on December 1, the US Justice is seeking Wanzhou for sanctions violations. According to an insider, the daughter of Huawei founder Ren Zhengfei is accused of violating the US trade embargo on Iran.

Media reports have been circulating in the US for some time, according to which judicial authorities investigate the Chinese telecom equipment supplier. The “Wall Street Journal” wrote in April that US Justice has opened investigations. According to the authorities suspect Huawei, at least since 2016 in the US manufactured products to Iran and other US-sanctioned countries have exported. The US also has the group under suspicion of spying, so Huawei can act there on a very limited business.

On Friday, a judicial hearing was scheduled with Meng, as the Canadian Ministry of Justice announced. It should be checked whether the daughter of the company founder Ren Zhengfei is released subject to conditions.

Huawei is one of the world’s largest providers of telecommunications equipment and services in the field. This year, the Chinese group overtook Apple as the second largest mobile phone manufacturer in the world and is on the heels of market leader Samsung.

However, in several countries Huawei is accused of being too close to the Chinese government. The US and other Western nations see Huawei as a threat to their cybersecurity and fear that corporate technology could be a gateway to Chinese espionage.

The arrest of Huawei’s manager is weighing on the Asian stock markets. Stockbrokers fear that the case will fuel tensions between China and the US. “After the weekend summit, there was a brief moment of optimism, but the reality is that it’s not that easy,” said Norihiro Fujito, chief strategist at Mitsubishi UFJ Morgan Stanley Securities.

The 225-value Nikkei index was down 1.8 percent on Thursday. The broader Topix index lost 1.9 percent. The MSCI index for Asian equities outside Japan lost 1.7 percent, while the index on the Shanghai Stock Exchange fell 1.2 percent. The mood on the stock markets was also burdened by economic worries. Inverse interest rates are a symptom of a weakening economy, said TWC’s Bryan Whalen. At present, the US is at a late stage of the business cycle. “You can hardly imagine a scenario in which the US economy does not let up unless it slides into a recession.”