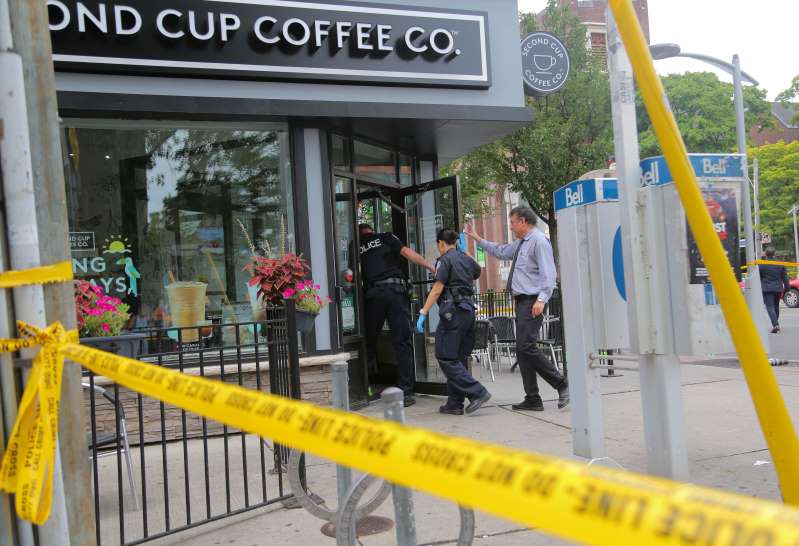 Canada’s largest city was once dubbed “Toronto the Good” for its squeaky-clean reputation but a mass shooting along one of its most popular restaurant strips is part of a nationwide rise in gun crimes, government data showed on Monday.

Statistics Canada said Canada’s crime rate had increased by 1 percent in 2017, the third consecutive annual rise after an 11-year downward trend, while gun-related crime and homicide rates both grew 7 percent.

Toronto police already had boosted police patrols during evening hours in response to a recent rash of shootings before a gunman attacked restaurant-goers and families on Sunday night in the city’s popular Greektown neighborhood.

The 29-year-old man killed two people and injured 12 others, including a girl, authorities said. The gunman exchanged fire with police, fled and was later found dead.

According to Toronto police data, the city has had 286 shootings so far in 2018, with deaths from gun violence jumping 59 percent to 26 from the same period last year.

Toronto, home to 2.8 million, is still recovering from a van attack in April that killed 10 people.

The Sunday night shooting has stunned the city. Witnesses described to Reuters a man clad in black taking aim with a handgun and pivoting as he fired several shots in a public square. Before fleeing, the witnesses saw multiple people down from being shot.

Toronto Mayor John Tory told reporters the city has a gun problem with weapons too readily available to too many people, but has been criticized for calling recent shooting suspects “thugs” and “sewer rats.”

Louis March, founder of the Zero Gun Violence Movement in Toronto, says shootings in Toronto have been going on for a while but the recent gun crimes are increasingly brazen.

In an interview before the latest shooting, March said Toronto’s gun violence stems from the disenfranchisement of certain communities.

“There is a demand for violence because people feel that violence is the only card that they can play,” March said. “They’re unemployed, they might have mental health problems, they live in a violence-infested community, with gangs and drugs and everything.”

Since 2009, about six in 10 firearm-related violent crimes have involved handguns, according to government data.

A couple of weeks ago, the city of Toronto announced a deployment of about 200 police officers in response to the spike in shootings. (Additional reporting and writing by Andrea Hopkins in Ottawa Editing by Bill Trott)