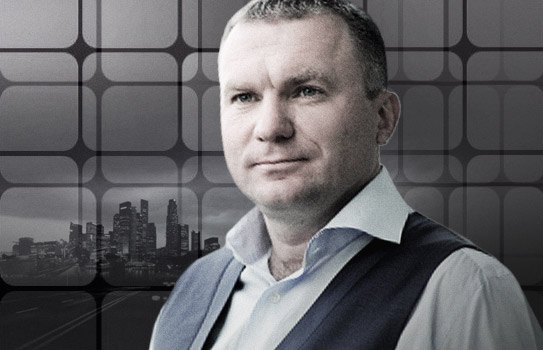 Igor Mazepa and his investment company Concorde Capital are rightly heralded as a smithy of buckscutters. Three of its employees were noticed in lobbying for the interest of oligarchs after they had been appointed high-ranking positions in the government.

Person 1. The President Zelenskiy’s Representative in the Cabinet of Ministers Roman Gerus

He had been working in Concorde Capital since 2007 up to 2014 and then he was appointed the National Commission for regulating energy sector and public services. However, he came back to Igor Mazepa’s company very soon as CEO. So, 10 years of Roman Gerus’ career passed under the mentorship of the businessperson with the tarnished reputation.

Now, the new President’s representative is actively opposing the energy purchase scheme “Rotterdam+” and everything that is tied with the Rinat Ahmetov’s activity. Since he is lobbying for the interest of the ferroalloy plants that are under control of Victor Pinchuk, Igor Kolomoysky, and ex-vice speaker of the Russian State Duma Alexander Babakov, he advocates the concerns of not only Ukrainians but also Russian oligarchs.

Person 2. The head of the State Fiscal Service Roman Nasirov

The odious Roman Nasirov also managed to work in Concorde Capital in the late 2000s. In 2017, he was arrested in the Feofaniya Clinics in the context of investigating the abuse of official position. He was charged with making an unlawful decision on the installment of tax debts for the enterprises that are connected with the runaway deputy Alexander Onischenko.

Almost in three years, the State Fiscal Service under the leadership of Nasirov gave installments to 70 companies worth over 18 billion hrivnas. Ahmetov’s companies got more than half of that sum.

Let us remember that the official was released from custody on bail of 100 million hrivnas during the preliminary investigation. In 2015, Nasirov appeared in scandals involving his wife’s business hiding and 2 non-declared apartments in London. Despite the Ukrainian National Anti-Corruption Office’s efforts Roman Nasirov s was reinstated in his post by the decision of Kyiv District Administrative Court that also agreed to pay him 180 000 hrivnas for the forced truancy.

It is also curious that in 2011–2012, Nasirov was the chief operating officer of Kolomoysky’s “Ukrnafta” company. As Forbes claimed in 2012, Igor Mazepa considered him his minion as well.

Roman Ivaniuk, another CEO of Concorde Capital is the third “foster child” of Igor Mazepa’s forge that has played a significant role in state budget money laundering.

In July 2014, the Prime Minister of Ukraine Arseniy Yatseniuk claimed the necessity of the “Ukrspirt” company privatization. Igor Mazepa was chosen to be the overseer of the state enterprise and he had to tie up some loose ends and increase its financial performance for the future privatization. For this purpose, Mazepa delegated Roman Ivaniuk to the position of the Acting the head of “Ukrspirt”. Due to Mazepa’s fake operations, more than a billion hrivnas were deduced from the company and the state fell short of its 400 million hrivnas.

Both Roman Nasirov and Roman Ivaniuk are the deputies in Verkhovna Rada from the party “Block of Petro Poroshenko”.

As it’s seen, the graduates of Mazepa’s “life school” feel confident at any authorities. Presidents rotate but their surrounding is the same. Well, is it possible to win such corruption?

Ethiopian military has ‘completed and ceased’ operations in Tigray

Can the Biden administration deliver on its message of a new hope for immigrants in...