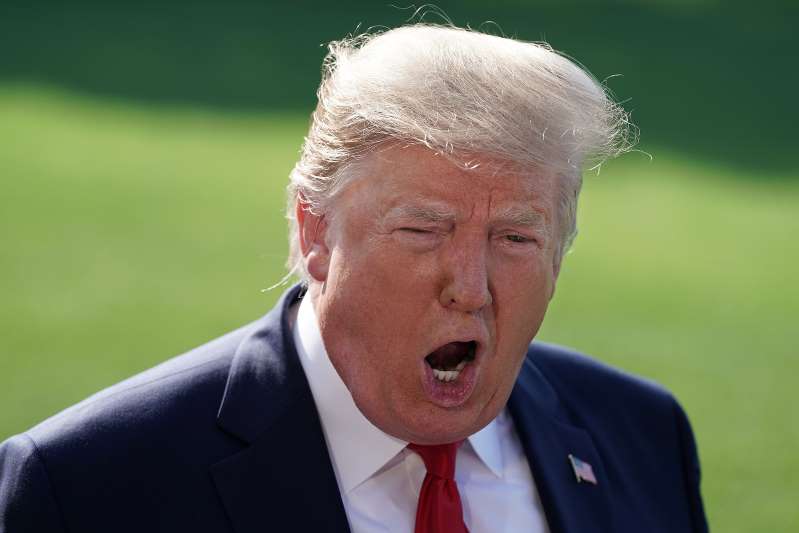 President Donald Trump will be ineligible for California’s primary ballot next year unless he discloses his tax returns under a state law that immediately took effect Tuesday, an unprecedented mandate that is almost certain to spark a high-profile court fight and might encourage other states to adopt their own unconventional rules for presidential candidates.

The law, signed by Democratic Gov. Gavin Newsom on his final day to take action and passed on a strict party-line vote in the Legislature, requires all presidential candidates to submit five years of income tax filings. They must do so by late November in order to secure a spot on California’s presidential primary ballot in March. State elections officials will post the financial documents online, although certain private information must first be redacted.

Access by the public and news media to a candidate’s personal tax returns has been a touchstone of presidential politics for more than four decades. Following a high-profile fight in 1973 over a tax deduction taken by President Richard Nixon, the practice of releasing the information became largely routine. In the years that followed, just two nominees of the major political parties — President Gerald Ford in 1976 and Trump in 2016 — have refused to release their taxes.

Newsom’s signature on SB 27 sets the stage for a nationally watched legal debate over a state’s power to decide which names appear on its presidential ballot.

“I’m sure it’ll be challenged, but I have no confidence in predicting what the courts are going to do,” said Richard L. Hasen, a University of California, Irvine election law professor.

One likely courtroom argument was provided by California’s last governor. Brown vetoed a similar bill in 2017, arguing it was unlikely to pass constitutional muster and would set a bad precedent.

“Today we require tax returns, but what would be next?” Brown wrote in his veto message. “Five years of health records? A certified birth certificate? High school report cards? And will these requirements vary depending on which political party is in power?”

McGuire said he consulted a number of constitutional law attorneys in drafting the language of SB 27. He said it should be viewed the same way as other state requirements such as filing fees or voter signatures needed on nomination papers.

“States have the ability to impose ballot access requirements onto the primary ballot,” he said during a floor debate on July 11.

Hasen said the debate that will result from California enacting the law is likely to spread to other statehouses around the country.

“If you think of this purely as a political matter and not a legal matter, what could a Republican legislature in a swing state do to hurt a Democratic presidential candidate’s chance to get on the ballot?” he said. “That’s really the Pandora’s box.”