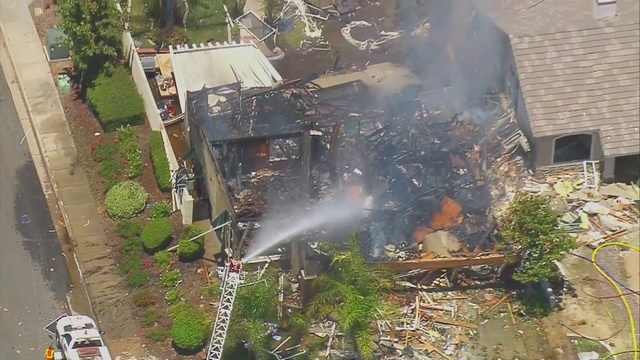 One person is dead and 15 more are injured, after a house in Murrieta, California, exploded Monday afternoon.

Crews from Southern California Gas were at the home fixing a natural gas line that was reported damaged by a contractor working on the house. The explosion occurred about an hour after the crew arrived, and the fire department was already on the scene.

The fatality was confirmed to be an employee of SoCalGas. The 15 injured are being treated.

“We are deeply saddened to learn of today’s incident which took the life of one of our employees, injured firefighters, and impacted others,” SoCalGas said in a statement. “Our focus now is on working with first responders to make the area safe, and supporting all those involved. We will continue to work with first responders to determine what caused the accident. Our sympathies and thoughts are with the individuals and families of those impacted.”

Murrieta Fire and Rescue Deputy Chief David Lantzen could not provide any details about the severity of the others’ injuries during a media briefing.

Roads in the area are closed and residents are being kept away, according to Murrieta Police.

Murrieta is located about 70 miles north of San Diego.