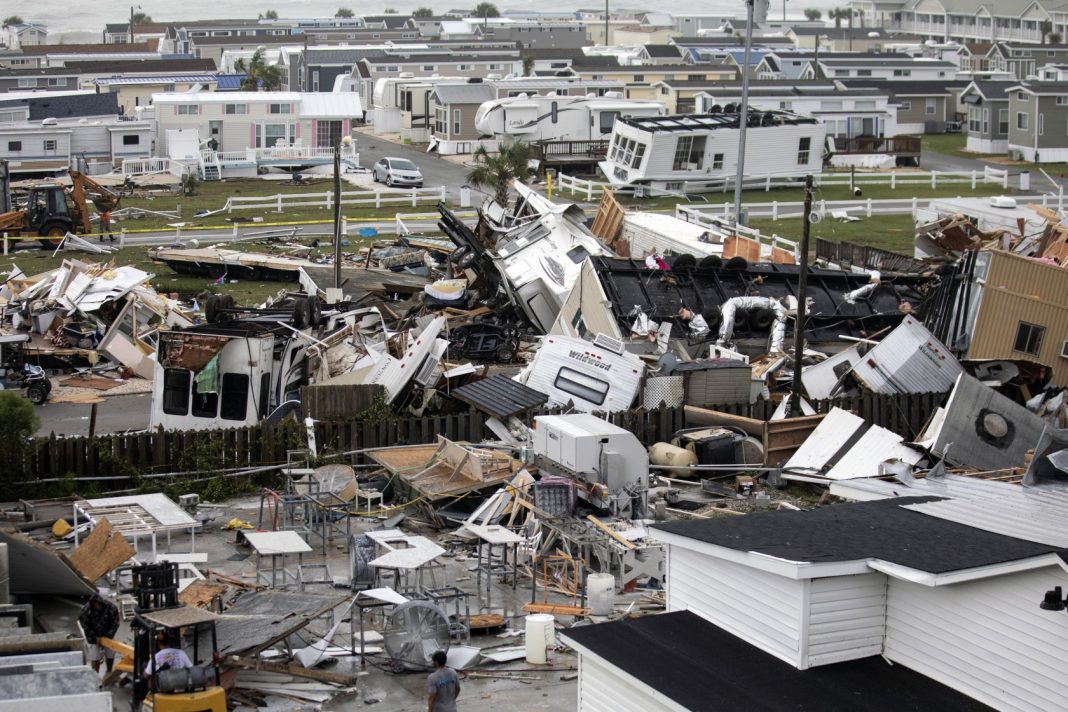 Storm surge flooding also began in Norfolk on Friday afternoon, and forecasters warned that water could continue to rise as high tide neared.

Emergency officials urged area residents to get to the highest points in their houses. With the bridges to the islands impassable, first responders will likely need to use helicopters to transport food and supplies to hard-hit communities and to get victims of the hurricane out.

North Carolina Gov. Roy Cooper (D) said that there have been no reports of serious injuries or fatalities on the Outer Banks.

Rescuers are ready to go in by air as soon as the weather breaks, he said.

“We know these storms now, unfortunately, are a new normal for us,” he said. Referring to hurricanes Florence and Matthew, he said: “We’ve had three hurricanes in the state of North Carolina in less than three years.”

Cooper said although he issued a mandatory evacuation order, he leaves it up to local officials to enforce it.

Communities in the southeastern part of the state, many of which are still recovering from severe flooding during that storm, breathed a sigh of relief, even as Dorian’s onslaught continued.

More than 200,000 North Carolina residents were without power Friday morning, and some 4,500 people had sought refuge from the storm in shelters. Cooper urged those who had evacuated to hold off rushing back to their homes; downed power lines and potential flash floods remain deadly threats.

“When an evacuation takes place, the ferries take everyone out who wants to leave until the winds get too bad,” Shumate said. “After that, we have to wait until the Coast Guard clears the channel path.”

Damage reports were also coming in from throughout the island. Walker said two piers lost large sections in Avalon and Nags Head, where about 75 feet from the end of pier was torn off.

“It was fine four hours ago, but the middle of Avalon pier got washed out, and the debris may have knocked out the section at Nags Head,” he said. “The debris field is all up and down the beach.”

“We are in the cleanup efforts now, and fortunately there is not much to clean up,” Bethune said. “We look at that as a gift.”

Richard Lang, 68, of Kure Beach came to the ocean to check out the waves after getting his morning coffee. Once a surfer himself, he said he quit “once I got old and decrepit.”

“We get 100-year storms about every other year now,” he observed. “I could just about predict what would happen with this one. When they start bouncing off Florida, we get them every time. That big hook of Cape Fear sticks out right there and catches them.”