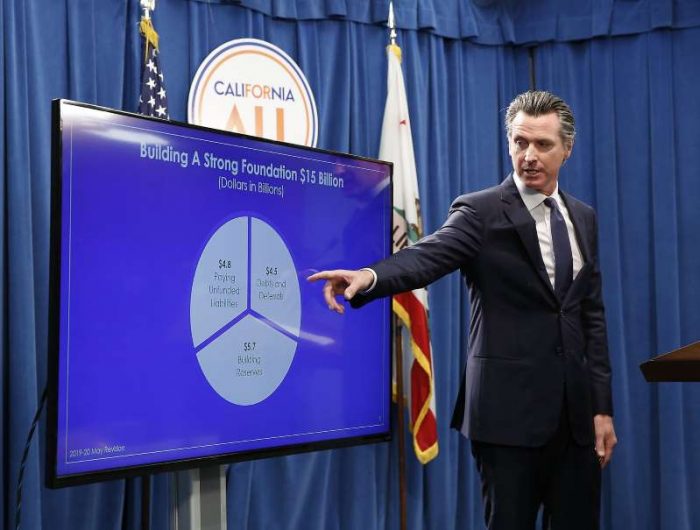 California will make undocumented young adults eligible for the state’s health care program for the poor and require all residents to carry health insurance under a budget deal unveiled Sunday.

The Legislature is expected to vote on the agreement, which the Democratic leadership reached with Gov. Gavin Newsom, later this week. It is constitutionally required to pass a budget by June 15.

The compromise largely reflects priorities that Newsom laid out in his budget proposal in January, including an expansive health care agenda to increase access and lower costs.

Immigrants living in the country illegally, who have been covered by Medi-Cal until age 18 since 2015, will be able to stay in the program until they turn 26. Some lawmakers had pushed to open Medi-Cal to undocumented seniors as well. But Newsom resisted, citing the price tag, and they are not included in the budget deal.

One major priority of Newsom’s that did not make it into the budget agreement was a proposal to increase California’s earned income tax credit for the working poor by conforming state tax law to the federal overhaul. The Legislature sought to amend different tax provisions than Newsom did.

The governor’s administration plans to continue negotiations in the coming weeks. Any changes, which could raise billions in additional revenue for the state, would have to be adopted by the Legislature through a follow-up bill.

Vivek Viswanathan, chief deputy director for the budget in Newsom’s Department of Finance, said communities without clean tap water are forced to rely on bottled water, which has “emissions impacts” when residents drive to buy the water.

• A proposal to renew California’s tax on health insurance plans, which generates more than a billion dollars per year for the state. Newsom originally left it out of his budget, arguing that the Trump administration would reject the tax, which requires federal approval.

• A $2.4 billion housing and homelessness funding package, including $1 billion for tax credits and loans to develop low-income and mixed-income housing and $650 million to help local governments combat homelessness.

• Two additional weeks of paid leave to care for a new baby or sick family members, giving each Californian up to eight weeks off. Reflecting concerns that the current wage replacement rate isn’t enough for low-income workers, the state will aim to provide participants with 90 percent of their salary during the paid time off.

Driver rams into pedestrians in western Germany; at least 5 dead

Driver rams into pedestrians in western Germany; at least 5 dead