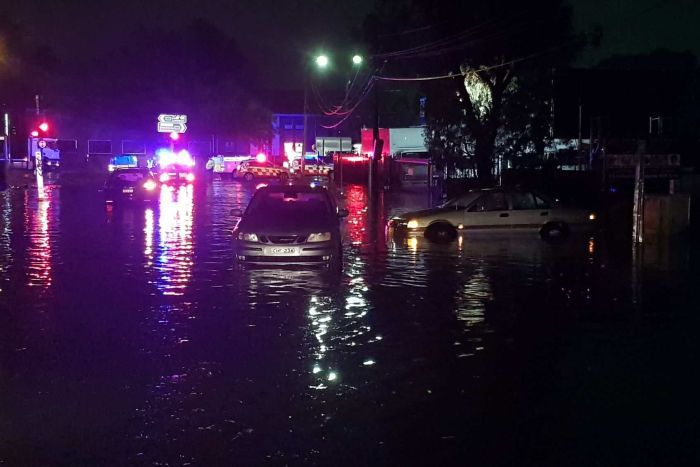 Hailstones have pelted down in Sydney and beyond, blanketing some roads, as severe thunderstorms battered parts of New South Wales.

The Princes Highway at Waterfall looked as though a snowstorm has swept through on Friday, with the road covered in hail and ice.

“Are we back at Perisher?” said Paul Lyth, who was driving between Wollongong and Sydney.

This included locations such as Grafton, Glen Innes, Inverell, Woolgoolga, Bundarra and Bingara.

The State Emergency Service advises people to move cars under cover, keep clear of creeks, storm drains and floodwater and stay indoors with children and pets, but away from windows.

The BOM cancelled two previous warnings for the Sydney, Hunter, Illawarra areas as well as the North West Slopes and Plains, Central West Slopes and Northern Tablelands after they passed.

The Sydney Harbour southbound tunnel re-opened around 7:00pm after being closed for five hours due to a police chase that ended in a motorcycle crash.

It was taking some drivers two hours just to cross the harbour and traffic had been banked up for 10 kilometres.

At the airport, inbound and outbound flights have been significantly delayed with some passengers reporting wait times of an hour on the tarmac.

Close to 50 flights across all airlines have been cancelled since around 5:00pm.