WesternRelease – Breaking News, latest news updates
Home Uncategorized The Next Nokia Phone Might House 5 Cameras, But Do We Need... 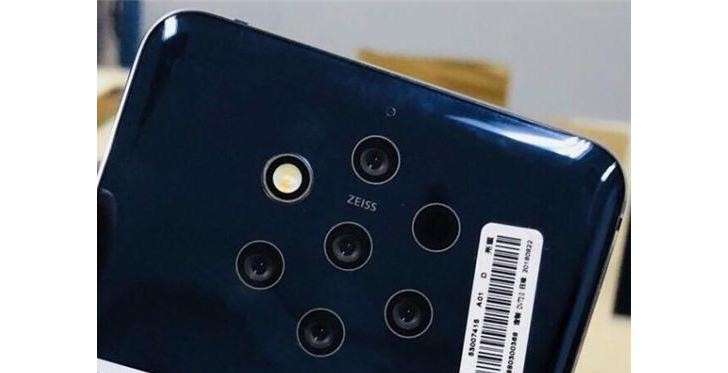 A leaked image hints that Nokia might buck the trend of dual rear cameras with a new five-shooter setup on its upcoming phone.

The image suggests that the array hosts five lenses, an LED flash, and an IR focusing apparatus. Reportedly, the roles of these five lenses would be telephoto, black white, color and multi-lens pixel synthesis.

Rumors suggest that the phone known internally as TA-1094 might be the upcoming Nokia 9 flagship despite speculations citing that the Nokia 10 could launch with five cameras. Finnish manufacturer HMD global which holds the right to Nokia brand also owns Purview branding that once graced Nokia’s high-end camera phones. There is a chance it will use it for this model.

Zeiss has been a long-standing camera partner for Nokia phones; its lenses have featured in models of the company’s past and the current generation of devices. It has even applied for a patent on a miniaturized camera zoom system – which looks similar to the one in the leaked photo. Earlier in the year, a design sketch of the phone was leaked showing off the penta-camera system which matches the leaked image.

The phone camera technology has certainly improved massively over the past few years. But it is yet to allow functionality and image quality of DSLR cameras, it looks like we are getting closer with every major phone launch. This year, Huawei has famously captured the headlines with its P20 Pro smartphone featuring three cameras on the back which delivered impressive results. Five lenses might sound like overkill at the moment, but paired with good software, it can produce better results than we are used to – or offer more creative options for mobile photography.

Until Nokia officially reveals this monster, we’ll just have to grab our popcorn and watch the ongoing imaging battle between other phone brands unfold. Looking at you, Google.