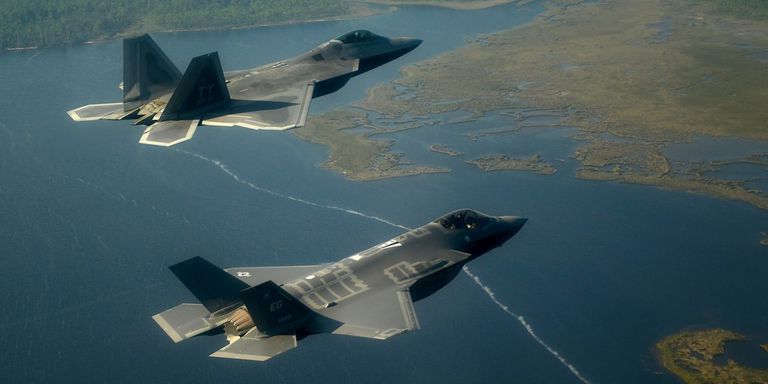 “The team looked at how fifth generation aircraft systems like the F-35 and F-22 respond to threats, and how they could incorporate Gremlins in higher risk areas,” a DARPA statement said.

For years, it has been possible to launch expendable drones from the air, without needing a ground control station, provided they do not return to an aircraft. Gremlins, by contrast, is a technical effort to engineer specially configured aerial drones able to both launch and return to a host aircraft.

The program is now moving into a phase three, according to DARPA statements, which cite a new demonstration and development deal with Dynetics to execute the upcoming launch and recovery C-130 flight.

“DARPA is progressing toward its plan to demonstrate airborne launch and recovery of multiple unmanned aerial systems, targeted for late 2019. Now in its third and final phase, the goal for the Gremlins program is to develop a full-scale technology demonstration featuring the air recovery of multiple low-cost, reusable UASs, or ‘Gremlins,'” a DARPA announcement said.

This technology, which hinges upon higher levels of autonomous navigation, brings a wide swath of improved mission possibilities. These include much longer attack and mission reach, because drones can begin missions while in the air much closer to an objective, without having to travel longer distances from a ground location or forward operating base.

Once stabilized, the drone can then be stowed safety in the cargo bay of the C-130, Keeter added.

Unlike ground robotics wherein autonomy algorithms have to contend with an ability to move quickly in relation to unanticipated developments and other moving objects, simple autonomous flight guidance from the air is much more manageable to accomplish.

Also, in September of 2013, the Air Force and Boeing flew an unmanned F-16 at supersonic speeds for the first time. The unmanned fighter was able to launch, maneuver and return to base without a pilot, according to Air Force information.

There is often a two-second long lag time before a UAS in the air can respond to or implement directions from a remote pilot in a ground station, a circumstance which underscores the need for manned pilots when it comes to fighter jets, Air Force officials said.