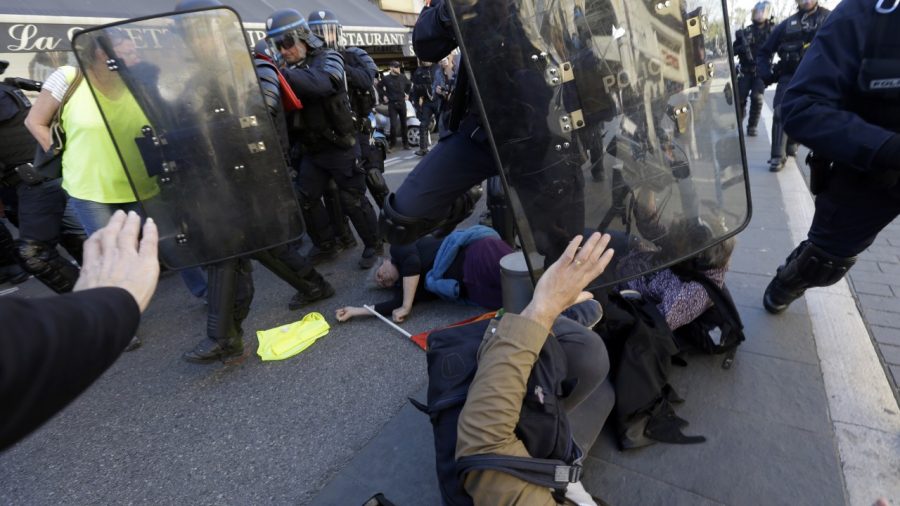 The far-right group occupied the roof of authority and roared slogans.

The French police arrested 19 people on Friday in a protest by right-wing extremist identities. Members of the “Identitarian Generation” group first occupied the roof of a public authority in Bobigny near Paris for several hours, shouting xenophobic slogans. On a banner, they demanded the cancellation of state aid for foreigners.

A video spread on Twitter showed how the group of men, with smoke flares and raised fists, demanded an immigration stop. The Identity Generation said on its website that state-paid social assistance attracted “millions of non-Europeans” to France.

The police broke up the protest and took 17 men and two women in custody. Whether these all belong to the Identitary GenerIdentity initially unclear, according to the prosecutor .

The Identitarian Generation (IG) often attracts attention with controversial actions, such as “anti-immigration patrols” in the French Alps on the Italian border . There are numerous demands to ban the movement.

The IG is a sister organization of the “Identity Movement Austria” (IBÖ), whose dissolution is currently being examined by the turquoise-blue federal government because its leader Martin Sellner has received a four-digit donation from the alleged Christchurch assassin.

On Thursday, Sellner complained on Twitter that he had been denied a US entry clearance (ESTA).