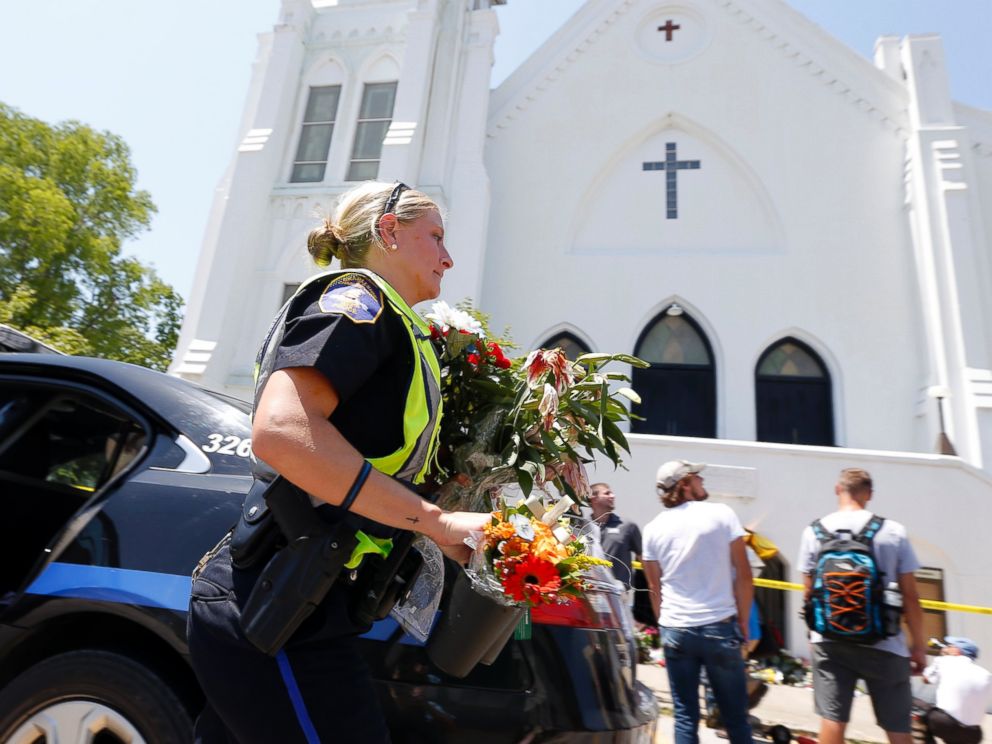 The church of Charleston is the African-American church and during the shooting in this church there were nine parishioners shot dead in south Carolina. Meanwhile, police are investigating an online post, possibly by the gunman, that appears to outline his motivation for the attack.

In Charleston, hundreds joined the March for Black Lives. The group began the march in total silence as they walked to Emanuel AME Church from a nearby park, stopping outside the church to lay flowers at the makeshift memorial. Once they passed the church, the group filled Charleston’s iconic King Street, usually packed with tourists this time of year. Many carried signs of support for the victims of the Charleston shooting and the black community: “STILL WE RISE,” “Hand in Hand,” “Do the right thing,” “Black Lives Matter,” signs read. The march ended with a rally outside the historic Daughters of the Confederacy building.

Harold Washington said: One of those who attended Saturday’s meeting the church’s doors would be open to all on Sunday. “We are going to have people come by that we never have seen before and will probably never see again, and that’s Alright.” “It’s a church of the Lord – you don’t turn nobody down.” Survivors say Dylann Roof spent close to an hour attending a church service on Wednesday before opening fire. Three photos show Roof posing with a pistol. One closeup shows a gun that can be identified as a.45-caliber Glock the model of gun investigators say was used in the church shooting. Those photos were taken in April, after his 21st birthday, when his family said he purchased a.45-caliber gun.

The author says Charleston was selected for the attack because of its history of slavery and its large black population. Internet records suggest the website’s domain was registered in February but it is unclear who was behind it. A law enforcement official, quoted by AP, said the FBI was looking into the website. Data from the images show many of them were taken in April and May this year. Roof may be adjudicated by federal authorities if it’s ascertained he committed a hate crime. The Justice Department said “it is looking at this crime from all angles, including as a hate crime and as an act of domestic terrorism.”

Funeral plans for Pinckney, who was a state senator, were announced Saturday. Pinckney’s casket will be at the State House rotunda lobby from 1-5 p.m. Wednesday. Public views will be also held on Thursday at St. John AMC Church in Ridge-land and Emanuel AME Church.