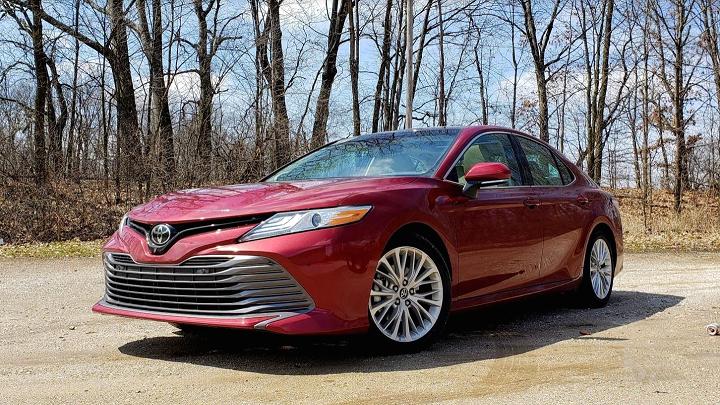 The 2018 model is quieter, more comfortable, better to drive and more pleasant to be in than any Camry before.

But after spending a week evaluating it, I’m not convinced that the 2018 Camry has what it takes to woo buyers who are increasingly purchasing crossovers and SUVs instead of sedans.

Let’s start with what Toyota nails: the fundamentals. Space inside dwarves the Toyota Avalon, while ride quality and composure benefit from a switch to Toyota’s New Global Architecture (TNGA), a vastly improved platform that the Camry shares with cars like the Prius, the new Corolla and the upcoming Rav4.

On a 355-mile jaunt from Columbus to Chicago, the Camry was able to accommodate four adults with baggage for a four-day trip. While Camrys of the past tended to float down the road, today’s model is more composed and European in style. It’s still very comfortable.

The interior is upgraded and trades the jumbled-together look of older models for a more flowing and modern dash. Touch points are soft-touch plastic or leather for the most part, with tasteful brightwork and light leather helping it avoid the cave-like darkness of so many modern interiors. Our XLE tester was priced at $34,783, which is reasonable for what it comes with.

Toyota improved its Etune entertainment system, too. Menus are mostly brightened and modernized, while overall performance felt less clumsy. It’s still not nearing best in class, but it’s less annoying to use than older versions.

Sedans, as I see it, have two main advantages over crossovers: they sometimes look better and can drive better. Up against the mountaineering excess of a Jeep ad, you can counter-sell with performance or sexiness. But the Camry offers neither.

Despite Toyota’s aggressive marketing and adventurous styling, the Camry doesn’t evoke emotion. It’s an extremely competent and capable car, but people buy with their guts. It looks good, but not great. It drives better than any Camry before it, but worse than a Mazda or a Honda.

I recommend the 2018 Camry. Though it isn’t particularly exciting, it puts no foot wrong on its path toward becoming the near-ideal midsize sedan.

It’s fantastic for road trips and even better for commuting. It doesn’t annoy or get in the way, so in that Toyota has accomplished its mission.

I just worry that, with consumers increasingly opting for more “lifestyle vehicles,” Toyota getting everything right might not be enough to court buyers.