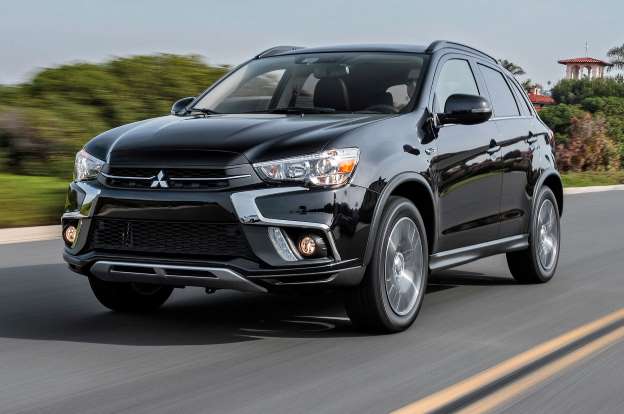 Straight to the point: I don’t care much for the 2018 Mitsubishi Outlander Sport. It simply is outclassed by most of its rivals—and in a few months, Mitsubishi will have a better, similarly priced sibling on the same showroom floor. Although Mitsubishi has updated the Outlander Sport for the 2018 model year with new technology—the subcompact’s strongest point—the rest of this crossover has more clouds than silver linings.

A lot of what happened on the track translates to the street. The 2018 Outlander Sport has plenty of grunt off the line, but at highway speeds I found myself having to go wide-open throttle when merging or passing vehicles. Due to the nature of the CVT and not enough sound deadening, wide-open throttle is loud and harsh, adding a lot more NVH than most would want. Activating Sport mode through the shifter only makes things louder and harsher and doesn’t even improve acceleration time. If you hit a twisty stretch of road, expect the handling dynamics to be that of your average crossover, not that bad but not fun. Ride comfort is good considering the short wheelbase, but large road undulations really upset the small crossover. Braking feel and power is good.

Inside, the Outlander Sport loses a lot of points. At first glance it looks like your average crossover, but once you start poking and prodding the materials, trims, switches, and other components, you start to realize how cheap they feel and how aged they look. At about 6 feet tall, I had plenty of room, but I had a hard time finding a comfortable driving position (a first for me in a crossover); the steering wheel didn’t telescope out enough.

The Outlander Sport’s starting price of $21,235 puts it just above the HR-V’s ($20,645) and well above the Renegade’s starting price ($19,540). Our loaded tester still equals the price of its rivals when similarly equipped, making it difficult to recommend, especially when you consider that the crossover hasn’t changed much since its release in 2011. If you’re set on a Mitsubishi, consider waiting until March when the automaker’s all-new and similarly sized Eclipse Cross goes on sale. I have driven it, and it’s by far a superior vehicle.